Tend, the first dentist that people actually look forward to, has announced the appointment of its first Chief Operating Officer to support its rapid growth across the US. Bilal Bazzi, a proven multi-site leader with decades of experience in healthcare, will join the fast-growing company to support Tend’s entry into multiple new markets in 2022, including San Francisco and Minneapolis, as well as its continued expansion in existing markets such as Atlanta, Boston, New York, and Washington DC.

With over two decades of experience in multi-site healthcare operations, most recently at Banfield Pet Hospital, the nation’s largest veterinary practice, Bilal Bazzi will play a key role in effectively scaling Tend’s operations across the country, as well as continuing to build a member-obsessed team culture across the organization.

“We’re thrilled to welcome Bilal to continue the great work our team has done operationally over the last two years,” said Doug Hudson, co-founder and CEO of Tend. “I’m confident that with his proven expertise leading complex multi-site organizations, Tend will not only successfully enter multiple new markets this year, but replicate the joyful experience members have grown to love across our existing locations.”

Since launching in October 2019, Tend has rapidly grown to over 600 team members across 19 locations in four markets, most recently opening studios in Boston and Atlanta in December. The company, which closed a Series C fundraise of $125 million in April 2021, will continue its growth into additional markets and double its physical footprint this year.

“Tend is completely redesigning the patient experience through technology and hospitality, while creating a first-in-class work environment for its team members. It’s truly a once-in-a-lifetime company to be joining, and I cannot wait to dig in,” said Bazzi.

Bazzi will be based out of Tend’s New York City hub, with frequent visits to additional markets as the company enters cities nationwide.

Tend is the first dentist that people actually look forward to. Launched in October 2019, Tend was created to set a new standard for oral health by providing dentistry the way it should be—hassle-free, personalized, and straightforward, with a focus on patient happiness—all in a calm, inviting, and thoughtfully-designed space.

Founding CEO Doug Hudson is supported by over 500 talented team members in New York City, Nashville, Washington, DC., Boston, and Atlanta. In addition to operating almost 20 studios along the East Coast, Tend also offers a suite of dentist-designed consumer products to extend its mission into the daily lives of members.

For more information, visit hellotend.com or download the Tend app, available on all iOS and Android devices. 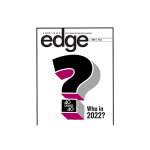 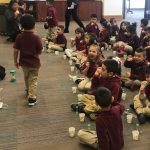