DALLAS—Researchers at UT Southwestern Medical Center have found that fluctuations in internal body temperature regulate the body’s circadian rhythm, the 24-hour cycle that controls metabolism, sleep and other bodily functions.

A light-sensitive portion of the brain called the suprachiasmatic nucleus (SCN) remains the body’s “master clock” that coordinates the daily cycle, but it does so indirectly, according to a study published by UT Southwestern researchers in the Oct. 15 issue of Science.

The SCN responds to light entering the eye, and so is sensitive to cycles of day and night. While light may be the trigger, the UT Southwestern researchers determined that the SCN transforms that information into neural signals that set the body’s temperature. These cyclic fluctuations in temperature then set the timing of cells, and ultimately tissues and organs, to be active or inactive, the study showed.

Scientists have long known that body temperature fluctuates in warm-blooded animals throughout the day on a 24-hour, or circadian rhythm, but the new study shows that temperature actually controls body cycles, said Dr. Joseph Takahashi, chairman of neuroscience at UT Southwestern and senior author of the study.

“Small changes in body temperature can send a powerful signal to the clocks in our bodies,” said Dr. Takahashi, an investigator with the Howard Hughes Medical Institute. “It takes only a small change in internal body temperature to synchronize cellular ‘clocks’ throughout the body.”

Daily changes in temperature span only a few degrees and stay within normal healthy ranges. This mechanism has nothing to do with fever or environmental temperature, Dr. Takahashi said.

This system might be a modification of an ancient circadian control system that first developed in other organisms, including cold-blooded animals, whose daily biological cycles are affected by external temperature changes, Dr. Takahashi said.

“Circadian rhythms in plants, simple organisms and cold-blooded animals are very sensitive to temperature, so it makes sense that over the course of evolution, this primordial mechanism could have been modified in warm-blooded animals,” he said.

In the current study, the researchers focused on cultured mouse cells and tissues, and found that genes related to circadian functions were controlled by temperature fluctuations.

SCN cells were not temperature-sensitive, however. This finding makes sense, Dr. Takahashi said, because if the SCN, as the master control mechanism, responded to temperature cues, a disruptive feedback loop could result, he said.

The study was funded by the National Institutes of Health and the HHMI. 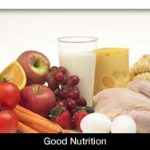 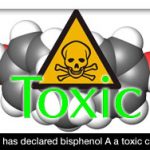