It may be a good thing to drink more tea.

A new study indicates that drinking tea may aid in preventing gum disease and prohibit cavities from developing. The information showed that three cups of tea each day battled bacteria, which led to a lower risk for gum disease and tooth decay.

Black tea, specifically, possesses ingredients that fight certain bacteria like Lactobacillus and Streptococcus mutans, which are bacteria that cause gum disease. Three cups has become the recommended amount because the best results in fighting gum disease were shown by people consuming three to four cups of tea each day. The tea succeeds because it limits the amount of plaque acids released when eating.

The study demonstrated that the results were the same when sugar was added to the tea. Also, green tea produced similar results.

Previous studies on green tea determined that it could result in weight loss. This is accomplished by generating a larger expenditure of energy by the body and raising the body’s ability to burn fat. 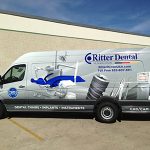