People with temporomandibular joint disorder may be in luck.

Researchers located a protein that is essential in TMJD pain. This could lead to treatment for this painful disorder.

This information from the Duke Medicine researchers appears in the August issue of PAIN.

There isn’t much information known about what prompts TMJD. The research team pinpointed TRPV4, which is an ion channel protein that enables calcium to enter cells. Its involvement with inflammation and pain was examined.

The research team looked at normal mice and mice that were genetically engineered without TRPV4. Inflammation and pain was then created in the temporomandibular joints, similar to the way it impacts humans.

The research also provided a compound to the normal mice that blocked TRPV4. The ensuing discovery was that inhibiting TRPV4 produced smaller reductions in bite force. The results were comparable to the results from mice without TRPV4.

One bit of information that surprised researchers was the idea that there was comparable bone erosion and inflammation in the jaw tissue for all mice. The amount of TRPV4 did not impact this. Essentially the damage is the same but the pain level varies.

Based on this study, it’s possible the TRPV4 could be utilized to develop new treatment for TMJ issues.

TMJD is the most common form of oral and facial pain and afflicts more than 10 million Americans. The chronic disorder results in severe pain that stems from chewing or biting down. There are no full-proof treatments. 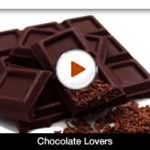