Study Claims US Meat and Poultry May be Contaminated

Drug-resistant strains of Staphylococcus aureus, a bacteria linked to a wide range of human diseases, are present in meat and poultry from US grocery stores at unexpectedly high rates, according to a nationwide study by the Translational Genomics Research Institute (TGen).

Nearly half of the meat and poultry samples—47 percent—were contaminated with S. aureus, and more than half of those bacteria—52 percent—were resistant to at least three classes of antibiotics, according to the study published April 15 in the journal Clinical Infectious Diseases.

This is the first national assessment of antibiotic resistant S. aureus in the US food supply. And, DNA testing suggests that the food animals themselves were the major source of contamination.

Although Staph should be killed with proper cooking, it may still pose a risk to consumers through improper food handling and cross-contamination in the kitchen.

“For the first time, we know how much of our meat and poultry is contaminated with antibiotic-resistant Staph, and it is substantial,” said Lance B. Price, Ph.D., senior author of the study and Director of TGen’s Center for Food Microbiology and Environmental Health.

“The fact that drug-resistant S. aureus was so prevalent, and likely came from the food animals themselves, is troubling, and demands attention to how antibiotics are used in food-animal production today,” Dr. Price said.

Densely stocked industrial farms, where food animals are steadily fed low doses of antibiotics, are ideal breeding grounds for drug-resistant bacteria that move from animals to humans, the report says.

“Antibiotics are the most important drugs that we have to treat Staph infections; but when Staph are resistant to three, four, five or even nine different antibiotics—like we saw in this study—that leaves physicians few options,” Dr. Price said.

“This study shows that much of our meat and poultry is contaminated with multidrug-resistant Staph. Now we need to determine what this means in terms of risk to the consumer,” said Dr. Keim, a co-author of the paper.

The US government routinely surveys retail meat and poultry for four types of drug-resistant bacteria, but S. aureus is not among them. The paper suggests that a more comprehensive inspection program is needed.

S. aureus can cause a range of illnesses from minor skin infections to life-threatening diseases, such as pneumonia, endocarditis and sepsis.

The study was supported through a grant from The Pew Charitable Trusts as part of The Pew Campaign on Human Health and Industrial Farming. 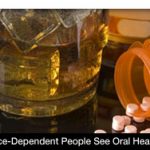 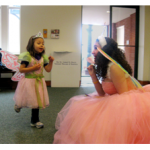