Advanced tooth wear may present with discrepancies in occlusal vertical dimension and a lack of tooth structure that can challenge the clinician. The dental team should consider every possible treatment option in order to successfully restore the aesthetics and function of a worn dentition. This case report describes the oral rehabilitation of a patient with advanced tooth wear by means of ceramo-metal restorations placed over the worn natural teeth and implants.

Cases involving tooth wear caused by a number of factors including dietary erosion, physical attrition, and abrasion due to friction against a foreign body are seen in a significant portion of population.1-3 Bruxism, one of most common causes of tooth wear, is an oral habit consisting of involuntary rhythmic, spasmodic, nonfunctional gnashing, grinding, or clenching of teeth. It often leads to occlusal trauma. Posterior contact interferences can lead to protrusive or laterotrusive movements, which can then overload the anterior teeth, resulting in excessive anterior wear and decreased vertical dimension. In addition, the forces that are not transmitted through the long axes of the teeth appear to cause rapid widening of the periodontal ligament space and increased mobility.4 Therefore, aesthetic, phonation, and functional problems occur in patients with worn dentitions.
Despite the development and growing use of all-ceramics, metal-ceramic restorations are still considered a good choice for oral rehabilitation due to their mechanical properties. It is evident that all-ceramics are sometimes more aesthetic, but if the patient is a bruxer, then mechanical strength becomes paramount in the choice of a restorative material.4
The aim of modern dentistry is to restore the patient to normal contour, function, comfort, aesthetics, speech, and health. What makes implant dentistry unique is the ability to achieve this ideal goal regardless of the atrophy, disease, or injury of the stomatognathic system. Partial, free-end edentulism is of particular concern because in these patients teeth are often replaced with removable partial denture prostheses. The need for additional retention, support, and stability, as well as the desire to eliminate a removable denture, are common indications for dental implants.5
Parafunctional habits are a common cause of implant failure in our patients. When an implant reconstruction is considered in a bruxing patient, a nightguard can be useful for the elimination of the effects of abnormal occlusal stresses. In partially edentulous patients, the nightguard can be relieved around the implant crowns, allowing the remaining natural teeth to bear entire the load.5
In the case report that follows, we will show how we provided aesthetics, function, and phonation for a partially edentulous patient with a worn dentition via endodontic, implant, and prosthetic treatment.

A 60-year-old woman with the chief complaint of poor aesthetics and function presented to our university clinic (Figure 1). Radiographic and clinical examinations were completed. Worn teeth and reduced occlusal vertical dimension were noted, as well as previous extraction of maxillary premolars, maxillary molars, and mandibular molars. The right maxillary second molar was still present (Figure 2). Maxillary and mandibular full-arch impressions were taken using an irreversible hydrocolloid impression material (Cavex CA37 [Cavex Holland BV]), and diagnostic casts were poured with type III dental stone (Moldano [Heraeus Kulzer]). The casts were then mounted on a semiadjustable articulator (Hanau H2 [Teledyne Hanau]) utilizing a face-bow transfer. The maxillary arch was a Kennedy Class II, modification I. The mandibular arch was a Kennedy Class I. After examination of the casts on the articulator, a treatment plan was developed. The edentulous areas would be restored with implants.
Initially, periodontal treatment was performed, which included deep scaling. After periodontal treatment was completed, endodontic treatment of the remaining worn teeth was deemed to be necessary in order to obtain sufficient and retentive crown lengths for the definitive metal-ceramic restorations. The maxillary anterior teeth and tooth No. 22 were then endodontically treated to establish clinical crown lengthening restoratively via the use of prefabricated posts (Nordin). Restorative composite (Grandio [VOCO]) was used to complete the core buildups on the damaged teeth.
Ceramo-metal restorations over implants would be the treatment option for the edentulous areas. Seven implants (ITI [Straumann AG]) were placed in the edentulous areas: 2 for each mandibular posterior region bilaterally, 2 for the left maxillary posterior region, and one for the right maxillary posterior region (Figures 3 to 4). Three weeks after the implant surgery, temporary crowns and partial dentures were fabricated to increase the occlusal vertical dimension and provide both function and aesthetics for the patient during the healing period required for the implants. The patient was placed on 15-day recalls for adjustments of the temporary dentures in order to obtain a proper and comfortable vertical dimension.
After 3 months, radiographic and clinical assessment of the teeth and implants was done. The maxillary and mandibular teeth were then prepared. Gingival retraction was performed (Roeko Comprecord [Coltène/Whaledent]), and impressions of the teeth and implants were subsequently taken with an elastomeric impression material (Impregum [3M ESPE]) Working casts were created with a type IV die stone (BegoStone Plus [BEGO]) and mounted in the same semi-adjustable articulator with a face-bow utilizing full interocclusal records in order to accurately fabricate the ceramo-metal restorations.
After the restorations were returned from the dental laboratory, they were tried-in for fit, retention, marginal integrity, and occlusal refinements. The porcelain (Vita Omega [Vita Zahnfabrik]) was then glazed, and the ceramo-metal restorations were luted with zinc polycarboxylate cement (Poly-F Plus [DENTSPLY DeTrey]; Figure 5). Following cementation, maxillary and mandibular full-arch impressions were taken for the fabrication of an occlusal nightguard in order to protect the patient’s restored dentition from excessive occlusal forces caused by any further bruxism (Figure 6). Oral hygiene instructions were given, and the patient was dismissed.

To execute interdisciplinary care for complex treatments, a dental team must develop a consistent philosophy and mission regarding examination, diagnosis, and treatment planning procedures. To obtain optimal therapeutic results, our patients must rely on the collaborative expertise of a team.6
Over the past several decades, the use of dental implants in clinical practice for the treatment of total and partial edentulism has become a well-documented surgical and prosthetic procedure. The improvements in masticatory function and patient satisfaction attributed to implant-supported prostheses have eclipsed the reported improvements gained by other preprosthetic surgical techniques. As a result, implant prosthodontics has become an integral and indispensable part of the dental clinician’s therapeutic repertoire.7 Nonetheless, failures can occur, and when they do, they represent a significant burden to both the patient and the dental team. Recent reports have analyzed possible reasons for implant failures.8-11
Bruxism has also been suggested to cause excessive occlusal load of dental implants and their suprastructures. This may ultimately result in bone loss around the implants or even in implant failure. Bruxism, because of its detrimental consequences for dental, periodontal, and musculoskeletal tissues, is often considered a contraindication for implant treatment. So far, studies related to the possible cause-and-effect relationship between bruxism and implant failure has not yielded consistent and specific results. However, practitioners should proceed carefully when planning implant procedures in bruxers to reduce the risk of implant failure.12
A few practical guidelines minimize the risk of implant failure. Besides the recommendation to reduce or eliminate the effects of bruxism, it is recommended that we place more implants than would have been necessary in the absence of this movement disorder. Another suggestion concerns the dimensions of the implants: longer implants with a larger diameter help to keep the stresses in the bone as low as possible. The literature does not yet indicate how predictable early loading or immediate loading of dental implant is. Caution is thus recommended when using either of these techniques. Most authors agree that in occlusion, the prosthetic rehabilitation should have single-point contacts as close to the center of the implant as possible. A hard stabilization splint for nightly use (nightguard) contributes to optimally distributing and vertically redirecting the forces that go with nocturnal teeth grinding and clenching.13

The practice of dentistry requires an approach that integrates the knowledge, skills, and experience of all disciplines into a comprehensive treatment plan. This case outlined a comprehensive interdisciplinary treatment philosophy designed for developing the foundation of optimal function and aesthetics. It was observed at the recare evaluation 6 months later that the patient was satisfied with the aesthetics and function of the restorations. This in large part may be attributed to the success of an interdisciplinary approach to this case. 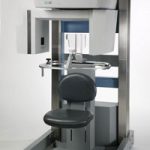