BRIEF HISTORICAL BACKGROUND
For more than 250 years, clinicians have written about the placement of posts in the roots of teeth to retain restorations.1 As early as 1728, Pierre Fauchard described the use of “tenons,” which were metal posts screwed into the roots of teeth to retain bridges.1 In the mid-1800s, wood replaced metal as the post material, and the “pivot crown,” a wooden post fitted to an artificial crown and to the canal of the root, was popular among dentists.1 Often, these wooden posts would absorb fluids and expand, frequently causing root fractures.2 In the late 19th century, the “Richmond crown,” a single-piece post-retained crown with a porcelain facing, was engineered to function as a bridge retainer.2 During the 1930s, the custom cast post-and-core was developed to replace the one-piece post crowns. This procedure required casting a post-and-core as a separate component from the crown.2 This 2-step technique improved marginal adaptation and allowed for a variation in the path of insertion of the crown.1

CAUSES OF POST-RETAINED CROWN FAILURE
The failure of post-retained crowns has been documented in several clinical studies (Figure 1).3 Many of these studies indicate that the failure rate of restorations on pulpless teeth with post-and-cores is higher than that for restorations of vital teeth.3

Today, the clinician can choose from a variety of post-and-core systems for different endodontic and restorative requirements. These systems and methods are well-documented in the literature.8-10 However, no single system provides the perfect restorative solution for every clinical circumstance, and each situation requires an individual evaluation.

Custom Cast Posts
The traditional custom-cast dowel core provides a better geometric adaptation to excessively flared or elliptical canals, and almost always requires minimum tooth structure removal.1 Custom cast post-and-cores adapt well to canals with extremely tapered canals or those with a noncircular cross section and/or irregular shape, and roots with minimal remaining coronal tooth structure.9 Patterns for custom cast posts can be formed either directly in the mouth or indirectly in the laboratory. Regardless, this method requires 2 appointment visits and a laboratory fee.

Also, because it is cast in an alloy with a modulus of elasticity that can be as high as 10 times greater than natural dentin,11 this possible incompatibility can create stress concentrations in the less rigid root, resulting in post separation and failure. Additionally, the transmission of occlusal forces through the metal core can focus stresses at specific regions of the root, causing root fracture.11 Furthermore, upon aesthetic consideration, the cast metallic post can result in discoloration and shadowing of the gingiva and the cervical aspect of the tooth.

PREFABRICATED POST-AND-CORE SYSTEMS
An alternative consideration is the prefabricated post-and-core system. Prefabricated post-and-core systems are classified according to their geometry (shape and configuration) and method of retention. The methods of retention are designated as active or passive. Active posts engage the dentinal walls of the preparation upon insertion, whereas passive posts do not engage the dentin, relying instead on cement for retention.1 The basic post shapes and surface configuration are tapered, serrated; tapered, smooth-sided; tapered, threaded; parallel, serrated; parallel, smooth-sided; and parallel, threaded. While active or threaded posts are more retentive than the passive posts, the active posts create high stress during placement and increase the susceptibility of root fracture when occlusal forces are applied. Parallel-sided serrated posts are the most retentive of the passive prefabricated posts, and the tapered smooth-sided posts are the least retentive of all designs.2

Prefabricated Metal Posts
Traditional prefabricated metal posts are made of platinum-gold-palladium, brass, nickel-chromium (stainless steel), pure titanium, titanium alloys, and chromium alloys.2,4 Although stainless steel is stronger, the potential for adverse tissue responses to the nickel has motivated the use of titanium alloy.12 Also, contributing factors to root fracture such as excessive stiffness (modulus of elasticity)13 and post corrosion2 from many of these metal posts have stimulated concerns about their use.

The nonmetallic prefabricated posts have been developed as alternatives, including ceramic (white zirconium oxide) and fiber-reinforced resin posts. Zirconium oxide posts have a high flexural strength, are biocompatible, and are corrosion resistant. However, this material is difficult to cut intraorally with a diamond, and to remove from the canal for retreatment.4 The fiber-reinforced composite resin post-and-core system offers several advantages: a one appointment technique, no laboratory fees, no corrosion, negligible root fracture, no designated orifice size, increased retention resulting from surface irregularities, conserved tooth structure, and no negative effect on aesthetics.

The successful rehabilitation of any endodontically treated tooth using the post-retained system requires the consideration of one specific structural design characteristic: the ferrule effect. The stability of the crown is influenced by the preparation design for endodontically treated teeth. Preserving tooth structure during preparation is paramount in preventing stress concentrations at the cementoenamel junction of the endodontically restored tooth and provides resistance to tooth fracture. The completed crown preparation should have a ferrule design that encapsulates the endodontically re-stored tooth complex. This collar effect provides an antirotational feature for the stability of the crown. Clinical studies have demonstrated and confirmed the importance of this coronal tooth “collar” on the mechanical resistance and retention form of the endodontically restored tooth complex.14 The general guideline is a 1.0 to 2.0 mm preparation on sound tooth structure. Procedures that provide a shoulder on tooth structure, and an axial preparation on the core buildup, will have an insufficient ferrule design. In cases where there is insufficient sound tooth structure for a ferrule design, it is necessary to obtain this dimension through periodontal crown lengthening and/or forced-tooth-eruption procedures.

CONCLUSION
Although the quest for the ideal material to restore lost tooth structure continues to be a focus of modern dental research, the aforementioned review indicates there are many post-and-core materials and techniques that are available to the clinician for a variety of clinical procedures and thus each clinical situation should be evaluated on an individual basis.1

Dr. Terry is a clinical assistant professor in the Department of Restorative Dentistry and Biomaterials, at the University of Texas Health Science Center Dental Branch at Houston. He is a member and the US vice president of International Oral Design. Dr. Terry is an editorial member of numerous peer-reviewed scientific journals and has published more than 230 articles on various topics on aesthetic and restorative dentistry. He has authored the textbooks Natural Aesthetics with Composite Resin and Aesthetic & Restorative Dentistry: Material Selection & Technique. He has lectured internationally on various subjects in restorative and aesthetic dentistry. Dr. Terry is the founder and CEO of Design Technique International and the Institute of Esthetic and Restorative Dentistry. He maintains a private practice in Houston, Tex. He can be reached at (281) 481-3483 or via e-mail at dterry@dentalinstitute.com.

Dr. Swift received his DMD degree from the Medical University of South Carolina and a Master’s degree in operative dentistry from the University of Iowa. He is currently professor and chair of the Department of Operative Dentistry at the University of North Carolina School of Dentistry, Chapel Hill. Dr. Swift is actively involved in dental materials research. He also maintains a part-time intramural practice. He is a member of the advisory board for The Dental Advisor, and is the sole associate editor for the Journal of Esthetic and Restorative Dentistry. He can be reached at (919) 966-2770 or at ed_swift@dentistry.unc.edu. 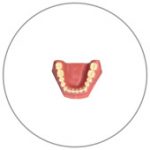