The advent of computer-assisted design and computer-assisted manufacturing (CAD/CAM) has provided dentists with an expeditious and cost-effective means to provide full-and partial-coverage restorations for their patients. Placing a full-coverage restoration has always been a multi-step procedure requiring a minimum of 2 visits, including tooth preparation, impression, and temporary fabrication, followed by laboratory fabrication and at least one additional visit for try-in and cementation. Each visit requires both the patient’s and dentist’s time, which raises the patient’s total cost. Consolidating this into one visit and eliminating the need for impressions and interim restorations can reduce the cost to the patient while increasing productivity for the dentist. Patients also appreciate less time spent in the dental chair. In short, this benefits both the patient and dentist in tangible ways and can even serve as a form of internal advertisement.
The CEREC CAD/CAM machine allows dentists to offer this service and even provides improved quality while lowering costs. One of the difficulties associated with laboratory-fabricated restorations is difficulty communicating to the laboratory technician, often at another location, the exact specifications of the desired restoration. This presents a challenge to both the dentist and technician, especially considering that each patient and restoration is unique, with many small and specific requirements and adjustments. CEREC eliminates entirely the potential errors associated with miscommunication and gives the dentist complete control over the appearance and fit of the restoration.
This article describes a case in which CAD/CAM technology was used to replace a stainless steel crown in a young patient in a single visit.

A 14-year-old female presented with a stainless steel crown on tooth No. 19, which was decayed deeply into dentin, with pulpal involvement evident radiographically (Figure 1). Saving the tooth would require endodontic therapy followed by a full-coverage restoration. It was decided that CAD/CAM technology would produce the best restoration for this patient.
The stainless steel crown was removed, decay was excavated, and root canal therapy was completed (Figures 2 to 4). Due to the extent of missing tooth structure, a prefabricated, nonactive post was fabricated, cemented with glass ionomer cement, and followed by a core buildup with resin-modified glass ionomer (Photac [3M ESPE]). The tooth was prepared for a crown with margins placed supragingivally (Figures 5 to 7).
Following this, a CEREC restoration was completed using the following procedures: the tooth was powdered, and an optical impression and the correlation mode were used to design the crown. Manual alterations of the contacts and contours were completed to achieve the desired aesthetics and function (Figures 8 to 14). After the crown was milled (Figures 15 to 17), hydrofluoric acid was used to etch the porcelain, and the crown was bonded with Rely-X Unicem Self-Adhesive Universal Resin Cement (3M ESPE). The margins were then cleaned, and the occlusion was checked for premature contacts and interferences. This crown occluded with an opposing CEREC restoration, placed 1 year prior (Figures 18 to 20).

For the pediatric population, placement of stainless steel crowns for a posterior restoration requiring full-coverage has long been the standard of care. This includes teeth requiring pulpal therapy and those where caries results in extensive loss of tooth structure. Although these restorations have stood the test of time, they are not without fault. The most obvious disadvantage of stainless steel crowns is their appearance, and many parents object to their lack of aesthetics. Even with this disadvantage, they remain the standard of care due to the lack of an available alternative.
Another disadvantage of the stainless steel crown is the marginal seal of the restoration. They are manufactured with specific sizes, and the tooth must be prepared to meet the demands of the crown, not vice versa as with most permanent full-coverage restorations. This presents additional challenges when an adolescent requires a full-coverage restoration on a permanent tooth following endodontic therapy. The placement of porcelain-fused-to-metal crowns is often contraindicated because the steps required are too demanding for a young child, or because placement of crown margins below the gingival tissue for a growing child can lead to future recession and loss of attached gingiva. CAD/CAM crowns obviate these problems because they are fabricated in one visit and margins can be placed supragingivally.
In addition, as interim restorations, stainless steel crowns must be able to withstand several years of use prior to placement of a definitive restoration, with failure a frequent result. Any leakage or marginal breakdown can lead to additional problems such as additional decay or failure of endodontic therapy.
The use of CAD/CAM technology offers the dentist the ability to fabricate an aesthetically pleasing restoration in one visit without the disadvantages of traditional crown fabrication that have previously precluded their use in children.

Dr. Asgari was formerly chief pediatric dentistry resident at Mt. Sinai Hospital in New York City. He received his BS from the University of California, Santa Barbara, and his DDS from Columbia University School of Dental and Oral Surgery. He then completed a general practice residency at St. Barnabas Hospital. He is the co-author of several clinical papers on applications of the dental laser for the pediatric patient and served as editor-in-chief of the Columbia Dental Review. Dr. Asgari has written the script for the DVD titled Laser Dentistry for Children, and can be reached at (718) 645-1588 or la2nyc176@yahoo.com.

Dr. Jacobson is the director of Pediatric Dentistry at Mount Sinai Hospital in New York City, where he  teaches postgraduate dentists and performs complete dental rehabilitation on children under general anesthesia.  He is a board certified specialist in dental care for children.  He is the former director of pediatric dentistry at Downstate Medical Center (Brooklyn, NY), and he also is an assistant professor and clinical instructor at Maimonides Medical Center (Brooklyn, NY). Dr. Jacobson is a former assistant professor at Columbia University School of Dentistry where he instructed post-graduate pediatric dental residents. He can be reached at (212) 997-6453.

Dr. Mehta has a Masters in Health Informatics from University of Alabama at Birmingham in 2003. Subsequently she completed her DMD from University of Pennsylvania in 2005 and went on to complete her GPR at Mt. Sinai Hospital in 2006. Her research interests include use of orthodontic microscrew implants in the correction of malocclusion as well as the use of lasers in dentistry. She can be reached at (917) 981-5342. 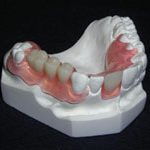