With the development by Dr. Irving Ellman of an ultra high-frequency radiowave unit (radiosurgery) in 1973, the cutting of gingival tissue by means of passing radiowave current through the tissue (electrosurgery) improved considerably. However, the use of appropriate restorative materials after the radiosurgery procedure in fixed prosthodontics is essential, because the proper materials help the healing process and are more likely to keep the tissue healthy for years to come.

This article presents 2 clinical cases demonstrating the combination of radiosurgery and Captek restorations (Precious Chemicals Company). In these cases the needed restorations were metal-ceramic, and Captek was selected due to its inhibition of plaque accumulation, fit, biocompatibility, and aesthetics.

A 22-year-old man presented after having a car accident in which he broke his lower right canine and left lateral incisor (Figure 1). There was a lack of keratinized and attached gingiva at the canine; therefore a connective tissue grafting procedure was advised. However, the patient declined, saying he wanted his restorations as soon as possible.

After cementation of posts and preparation of the teeth, the Dento-Surg 90 (Ellman International) was used to regularize the gingival margin and trough the tissue in preparation for taking an impression (Figure 2). We used the new, ultrathin Ellman tips (Ellman International) because they cut very efficiently with very little lateral heat and minimal disruption of tissue.

Figure 5 shows 2 Captek copings with the adhesive, ready to build the porcelain. Note how Captek metal extends all the way down to the margin, which takes advantage of the material’s ability to minimize plaque accumulation and help preserve and promote healthy tissue. We knew by experience that Captek copings fit so well that we dared to try in the mouth with porcelain finish at the cementation appointment (Figure 6).

Figure 7 shows the canine restoration after cementation and removal of excess cement. It can clearly be seen that the tissue is still not stable, and we were somewhat concerned about gingival recession because of the lack of attached keratinized tissue. However, in Figure 8, one year later, it can be seen that the gingiva is not only healthy, but also that the keratinized tissue is beginning to reappear. This is in contrast to the neighboring tooth, the lateral incisor, where there is recession and no keratinization.

A 48-year-old patient came to our practice with severely worn dentition due to parafunctional habits such as bruxism and clenching (Figure 9). He requested the restoration of his front teeth. There was a wide band of keratinized tissue, which is common in patients with worn dentition (Figure 10). Because of the wear, the upper teeth had extruded, pulling down the tissue and sometimes the alveolar bone as well, preventing us from making those teeth longer toward the incisal edge without violating the normal aesthetic, functional, and phonetic position of the incisal edges. In order to restore the teeth to proper width-to-length ratio and place the incisal edge in its proper position, a crown-lengthening procedure was required.

According to Stanley in 1955, Gargiulo in 1961, and Kois in 1994, the distance from the gingival margin to the osseous crest is 3 mm.  Following Dr. Kois’ suggestions, after anesthetizing the patient we probed and found 5 mm from the gingival margin to the osseous crest (Figure 11), thus having 2 mm of excess tissue (low crest). If we didn’t restore the normal biological width, this tissue would receed 2 mm after we manipulated it. The best example of this was the upper left lateral incisor, where the tissue had receded due to the irritation produced by a composite restoration.

By doing a simple, 2-mm gingivectomy using radiosurgery, we re-established the normal biologic width, and at the same time we obtained enough tooth structure to restore these teeth to a normal width-to-length ratio without having to violate the aesthetic and phonetic principles (Figures 12 and 13).

I used the Dento-Surge 90  to cut the gingival tissue for the following reasons:

• It permits any degree of hemorrhage control that is desired.

• It prevents seeding of bacteria into the incision site.

• The cutting tip can be bent to the desired shape.

• It makes a pressureless incision.

• It provides a clear and improved view of the operative site.

• It minimizes postoperative discomfort and treatments.

• Due to its high frequency (near 4.0 MHz), cuts produce less tissue destruction.

Figure 14 shows the 4 preparations after the troughing and gingivectomy. The teeth were ready to take the impression; however, even though we lengthened the teeth, the preparations were still short, especially the right central incisor. This is the perfect indication to use Captek copings. Figure 15 shows the quality of impressions we can achieve by troughing the tissue using radiosurgery.

We decided to use Captek metal for 2 important reasons (Figure 16). First, because Captek copings fit the tooth extremely accurately, this would provide better retention of the crowns on the shorter preparations. But attention must be given to axial wall taper. Also, light aluminum oxide abrasion of the internal surface of the Captek restoration with 15 to 40 psi of pressure will dramatically increase cement bond strength. Second, the porcelain bond to the Captek composite metal is very strong. Both of these factors were very important, since the patient was a bruxer. In addition, Captek copings can be made 0.1 mm thin in a specific anterior situation like this one without worrying about detachment of the porcelain. This provides more room for the fabrication of aesthetic metal-ceramic restorations (Figure 17).

Figure 18 shows the final restorations after functioning in the mouth for 1 month. The response of the tissue after being cut with the radiosurgery unit is excellent. Figures 19a to 20b show the before-and-after results of this case.
Note: Ceramic work in this article was provided by Dr. Escalante.

Dr. Escalante graduated from the University of Guadalajara in 1976, and in 1980 graduated with a speciality in prosthodontics and occlusion from Ciero postgraduate school in Mexico City. He was a professor of fixed prosthodontics and occlusion at the Specialization and Investigation Center of Oral Rehabilitation in Mexico City, and later was the general coordinator. He was also a professor and speaker with the Mexican Dental Association. He is a recognized member of the Chicago Dental Society and has assisted the Midwinter Meeting every year since 1991. Dr. Escalante is an active member of the International College of Dentists and the Facta Group of Occlusion. He is the founder and president of the Occlusion Group of the State of Guerrero and a member of the Scientific Commission of the Mexican Dental Association. He is the recipient of awards such as the National Award of Research in 1980 with the Facta Group of Occlusion, the National Award of Research in 1989 with the Group of Occlusion of the State of Guerrero, and the first recipient of the National Merit Award in Dentistry in 1996. He works as a dental technician in his own laboratory and maintains an aesthetic dentistry practice in Acapulco. He can be reached at scalarod@yahoo.com.mx. 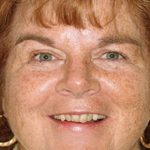 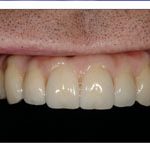