Some Vikings Sharpened Their Own Teeth

Vikings may have had a secret weapon to fight their enemies.

Evidence suggests that Viking fighters used to file their teeth to create a scary appearance for their enemies. The discovery comes from the remains of a Viking in Dorset, England.

Since there were no anesthetics at that time, the procedure of sharpening the teeth was most likely extremely painful. The positive aspect would have been the way the warrior was viewed by his peers and enemies.

The incisions were made carefully and were most likely the work of some kind of craftsman skilled to handle these types of procedures.

The body of the Viking was discovered during work to create a new road. Scientists think this particular warrior was killed in a battle with the Anglo-Saxons.

The lead scientist working on the site was David Score, from the Oxford Archeology department. An archeologist from the Dorset County Council, Steve Wallis, claimed the remains come from around the time of 970 to 1025 and were from people from Nordic countries. 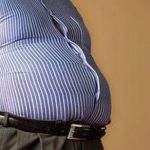