Oil may be beneficial to your health, according to some people.

A new trend has some people swishing coconut oil around their mouth for about 20 minutes each day before spitting out the oil. The goal of oil pulling, as it’s called, is to remove bacteria from one’s mouth.

Despite the numerous skeptics, some dentists are claiming that the coconut oil is producing whiter teeth and healthier gums.

The trend of oil pulling has spread by word of mouth. In addition to reducing plaque, there have also been cases of acne clearing, and fewer asthma and sinus problems. There have even been reports of improvements in heart and stomach conditions.

The best oil to use is raw, pure-grade coconut oil. Sunflower or sesame oil have also reportedly been effective.

Periodontal disease patients stand to benefit, if more comprehensive studies confirm the validity of coconut oil being beneficial. The inflammation, tenderness, bad breath and even bleeding could be put to an end based on oil pulling.

It’s also important to note that neither the Food and Drug Administration nor any dental association have given the green light for coconut oil to become a fixture in dental treatment. 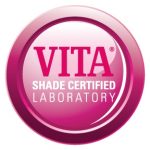 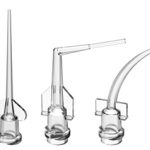