Cigarette smoking’s association with heart disease has been known for decades, but researchers have not been certain what chemicals or molecular processes in the body form the basis of that link. The new findings concerning the effect of benzo(a)pyrene on high-density lipoprotein, or HDL, are published in the journal Life Sciences.

“Smoking-related health hazards are well-recognized, and the role of smoking in promoting premature heart disease is widely appreciated,” said Arshag D. Mooradian, senior author of the study and a professor and chair of the department of medicine at the University of Florida College of Medicine-Jacksonville. “The novelty in our study is the finding of yet another mechanism by which smoking can accelerate heart disease through reduction of the ‘good’ cholesterol that normally protects the heart.”

The findings can help inform public health policy aimed at reducing health risks associated with cigarette smoking. In addition, the implications could go beyond cigarette smoking, because the chemical benzo(a)pyrene, or BaP, that is found in cigarettes is also prevalent in wildfire smoke that periodically engulfs many parts of the country.

Smoking is a major risk factor for heart disease, contributing to more than one-third of deaths from heart disease annually, according to a 2008 estimate from the Centers for Disease Control and Prevention. The same report found that adverse cardiovascular health effects were present in people who smoked as few as five cigarettes per day, but that the risk for a heart attack drops within a year of kicking the habit.

Smoking increases blood pressure, decreases a person’s tolerance for exercise, and increases the likelihood of blood clotting, according to the American Heart Association. In addition, smokers consistently have lower HDL levels than nonsmokers. Low HDL or high LDL, or “bad” cholesterol, puts people at a higher risk for the hardening of the arteries that leads to heart attacks.

Mooradian and colleagues went looking for the scientific reason for lower HDL in smokers.

An early experiment looked at the effect of nicotine on fats in the body, but that yielded no clues. So the team went back to the drawing board, thinking about other elements of tobacco smoke that could be the culprit. They decided to test the chemical BaP, which is also linked to lung cancer.

Cell culture studies showed that the chemical was directly tied to low HDL production. Further studies revealed that it affects the genes that regulate production of a protein that binds to cholesterol and carries it through the blood to the liver for disposal. High levels of BaP in the blood block production of that protein, known as apolipoprotein A-1, or apo A-1.

“The public health implication is that cigarette smoking not only affects your breathing and your lungs, but it affects your cholesterol,” said study co-author Michael J. Haas, a research associate professor of medicine at the UF College of Medicine-Jacksonville.

The researchers suspect that other compounds in cigarette and environmental smoke may have a similar effect. They plan to expand their studies to testing in mice, which would give additional clues about how the findings might apply in humans.

“I think it’s very important that we determine the relevance to human health and welfare,” Haas said.

The findings are valuable because they reveal mechanisms through which cigarette smoking is hazardous for the heart, adds George T. Griffing, an internal medicine professor at the Saint Louis University School of Medicine who was not involved in the study. 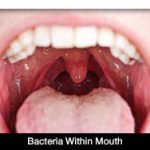 Previous post Some Bacteria may Develop Ability to Move within Mouth 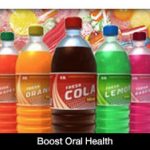 Next post Some Foods May Boost Oral Health
0 Shares