Smokers may be more vulnerable to diseases, in addition to developing diseases from smoking.

A new study explains that smoking forces the body to fight against helpful bacteria that serve to eliminate some harmful germs. The information appears in the journal Infection and Immunity.

The reason for this is based on the fact that the mouth of a nonsmoker contains an ecosystem of healthy bacteria. This type of ecosystem doesn’t exist for nonsmokers, opening the possibility of being susceptible to some dangerous bacteria.

A research team at Ohio State University, led by Assistant Professor of Periodontology Purnima Kumar, is investigating the impact of bacteria on oral disease. Based on the research, dentists may have to be more of a factor in treating smokers.

The team studied the way the ecosystem of the mouth was affected after removing various bacteria. To compile the data, 15 nonsmokers and 15 smokers were studied. The researchers were looking for two specific things: (1) which bacteria were present after analyzing the DNA signatures in dental plaque and (2) whether or not the person’s body viewed the bacteria a threat.

Smokers also have a higher amount of cytokines, which means the body is preparing to fight infection. The result is red, swollen gums or gingivitis, which can develop into periodontitis.

The mouth of the smoker is not just trying to combat harmful bacteria. Their bodies were treating the helpful bacteria as harmful as well. The research team hasn’t fully grasped why this happens, but the assumption is that smoking is confusing the relationship between the human host and the bacterial community. 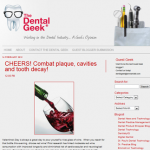 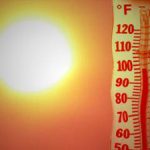