Gene therapy may be safely used to study human salivary glands, according to a new study.

Based on the study, the transferred gene, known as Aquaporin-1 could aid people who survived head and neck cancer who have problems with chronic dry mouth.

Aquaporin-1 encodes a protein that facilitates the flow of fluid in the cells. This process is similar to the way in which the salivary glands enable more studies to be conducted in this general vicinity. Salivary glands haven’t been studied closely in the past but the location, combined with the accessibility, makes these glands well-suited for gene therapy.

Bruce Baum was the lead author of the study. He’s been interested in information like this since he treated head and neck cancer survivors in the 1980s. His ideas for gene therapy began in 1991.

Many people have overcome cancer only to deal with chronic dry mouth problems. There aren’t many solutions. That’s why these studies in the salivary glands commenced in 2008.

There were 11 people studied to compile the data. Five of these people demonstrated an increase in saliva secretion and six people had no side effects.

More research is necessary to confirm these positive results. 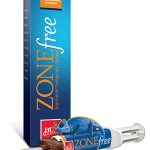