Rules Banning Dentists with HIV to be Changed

Dentists and doctors with HIV will be allowed to practice their craft.

There are many hospitals and clinics that prevent dentists and doctors with HIV from treating patients. These dentists don’t pose the same threat of passing the infection as they once did, that’s why the ban can be lifted.

HIV can be handled with anti-retroviral medication. There are studies that show that the levels of infected particles in the blood are at a minimal amount. There are also tough infection control measures that allowed some Western European countries, as well as Australia and the United States to lift the restrictions that were previously in place.

The United Kingdom may be joining those other countries soon. As of now, many hospitals in the country utilize a don’t-ask-don’t-tell policy.

The reason this was on the table for change was based on the Department of Health’s expert working group on AIDS and the UK Advisory Panel for Healthcare Workers Infected with Blood-borne Diseases. The committees determined that there would only be 1 case every 2,400 years of a dentist or doctor infecting a patient. 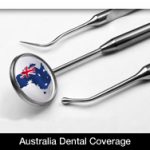 Previous post Australians Not Thrilled With Prices of Dental Care 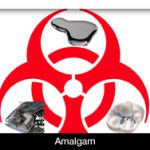