Poor Oral Health Could be Passed on by Parents

To compile the data, the researchers analyzed the children’s oral health when they were 5. They then looked at the information when these people were 32. The information indicated that children with mothers who had poor oral health were much more likely to have poor oral health, including tooth decay and gum disease. These results were compared to the way the mothers rated the results.

This study also pinpoints the idea that oral health as people get older is based on genes and other social factors.

The study demonstrates the idea that the top way for children to experience the best possible oral health throughout their life is to be taught the proper way to maintain it by their parents. 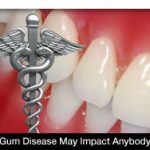