A poodle in the Canadian province of British Columbia is named “Miracle May” for a reason.

The dog was dropped by a bird of prey onto the grounds of a nursing home in British Columbia. The dog will now undergo dental surgery.

Nurses found the dog on May 2 after the dog fell from the sky and landed on the grounds of the nursing home. The dog had gouges in its neck, claw marks on the back, and broken ribs, in addition to needing dental surgery for severely decayed teeth.

Donations of around $2,000 were raised so that the dog can get the appropriate medical treatment. People throughout North America have made donations to improve the dog’s health.

The dog was in dire health, which resulted from roaming around aimlessly before being preyed upon by a bird.

The Society for the Prevention of Cruelty to Animals has received numerous requests from people interested in adopting the dog. The dog, however, needs to heal before someone can adopt it. 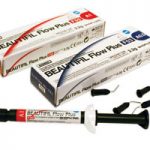