The plasma brush is capable of doing things never seen before.

This brush uses chemical reactions to disinfect and then clean fillings. The entire process takes less than 30 seconds.

The flame from the brush forms a unique bond for the cavity fillings with strength that may be unmatched. The chemical reactions from the brush alter the surface of the tooth for the better.

As of now, there have been no side effects from treatment with the plasma brush. There will be more trials to determine whether or not that stays true.

According to some figures, Americans spend about $50 million each year on tooth restorations. This new brush would lower those costs, according to Hao Li, the associate professor of mechanical and aerospace engineering in the University of Missouri College of Engineering.

Teeth can also become 60 percent stronger with the plasma brush and wouldn’t have to be pulled after only 2 or 3 fillings. If this brush actually is capable doing everything it has done in studies, this type of technology will benefit everyone. 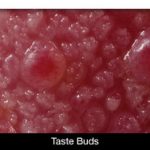 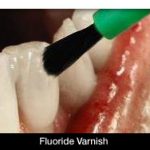