The systemic use of antibiotics to adjunctively treat periodontal disease has the endorsement of dentists utilizing principles of oral-systemic medicine in their practices—all the while being discouraged by mainstream organized dentistry. Antibiotic stewardship is being framed from 2 very different perspectives of well-intended research and scientific evidence. Some practitioners are using systemic antibiotics to treat high-risk patients with high-risk pathogens on a regular basis. On the other hand, a majority of dentists are electing to talk about the connection between periodontal health and systemic disease but remain reluctant to engage in clinical practices that will help mitigate chronic disease for patients by treatment planning beyond traditional mechanical debridement.

Antibiotic stewardship is an important and responsible consideration for dentistry to be contemplating, and no one entity is taking this topic lightly. A 2016 survey of physicians shows that about 30% of antibiotic prescriptions are inappropriate for the hosts’ conditions. It is also a fact that about 10% of outpatient prescriptions are dispensed by dentistry, and there is no study yet to identify what percent of that number may be unwarranted.

The medical model for treating a patient presenting with a systemic bacterial disease is to use a systemic antibiotic specific for a given pathogen. Classic examples of this protocol would include bacterial pneumonia, meningitis, tetanus, salmonella, cholera, and urinary tract infections, to name a few. The medical community does not think twice about the use of an appropriate antibiotic when a diagnostic test report is in hand. In July 2016, a jury decided in favor of a patient who suffered a cerebral abscess from the translocation of a perio­dontal pathogen after simple mechanical debridement was accomplished. The dentist lost the case based on not adhering to the medical model of treating a systemic bacterial disease with a systemic antibiotic when a test would have, in fact, determined the presence of that pathogen.

SYSTEMIC USE OF ANTIBIOTICS
Perspective Of Organized Dentistry
Since 2014, the Journal of the American Dental Association has published with increasing frequency articles and research that discourage the use of systemic antibiotics to adjunctively treat periodontitis or avoid using it for prophylactic mitigation of a post-invasive therapy sequel. The sentiment is so strong that in the October 2016 edition, the editor weighed in with personal and scientific rationale for holding the line on antibiotic use.

The focus of organizational recommendations rally around some select studies that show that local resolution of the disease does not appear to be significantly different when antibiotics are adjunctively used, versus the use of traditional scaling and root planing. None of the research cited, nor most of classic periodontal research evidence available, refers to actual pathogen metrics before and after therapy. They all simply cite the degree of stabilization or restoration of tissue architecture as the analytic for determining the conclusion.

There is also a concern relative to the death rate from antibiotic resistance; specifically, Clostridium difficile (C difficile). Current statistics put the incidence of mortality at approximately 11 per 100,000 in a community populous. Statements have been released indicating that the risk of adverse reactions from antibiotics outweigh the potential benefits and, in fact, there may be very little benefit relative to treating periodontitis. Finally, there is current evidence and concern that resistant organisms in the gut biome, or changes in the intestinal flora brought on by antibiotics, may be linked to the development of some systemic diseases. There is ongoing research to determine if effective prebiotic and/or probiotic therapy can minimize or diminish this effect that looks promising.

Perspective of Oral Systemic Practitioners
The last decade has seen the emergence of more than 3,000 studies claiming evidence relative to the use of antibiotics adjunctively for periodontitis or as a prophylactic measure, before invasive procedures. There is abundant evidence that shows the mechanical removal of periodontal pathogens does not mitigate the late colonizers (high-risk) and is inadequate to be considered as definitive therapy. There is quality evidence that the adjunctive use of specific antibiotics does indeed result in superior resolution of disease indicators; both pathogen counts and architectural improvement.

In addition to the above, patients who carry an ongoing burden of inflammation by exhibiting concurrent inflammatory diseases have a reduced capacity to generate an appropriate immune response to a periodontal infection. The same is true of certain genetically recessive individuals.

In the past 5 years, strong evidence has surfaced relative to a population of dormant oral pathogens and their capability to be masked for 24 to 72 hours within the confines of a host cell. This includes the presence of a dormant mircobiome of periodontal pathogens as an ongoing systemic bacteremic influence, and an atherosclerotic mircobiome reproducing out of the confines of the oral environment. It is now established that the presence of oral pathogens in carotid and coronary vessels cause an increased thickness when present, and a return to a normal state when mitigated, as measured by a carotid intima-media thickness test.

In summary, current evidence in blood-borne microbiology has identified dormant mircobiomes as major contributors to a multitude of ongoing chronic diseases in the host. It was previously accepted that oral pathogens were simply a “level A” risk factor, and 91% of patients that have had a heart attack also have periodontal disease. A recent landmark study has now shown that 5 perio­dontal pathogens are causal to atherosclerotic vascular disease and its resulting event scenarios.

As an oral-systemic dentist contemplates the systemic ramifications of high-risk periodontal pathogens in the infected patient, a conviction has emerged that only the use of specific systemic antibiotics will meet the treatment objectives for a patient.

Risk-Benefit Perspective of Treating Periodontitis
Knowing that there is a certain number that represents mortality per 100,000 from antibiotic resistance (C difficile); an evaluation of the potential mortality incidence from the impact of periodontal pathogens on cardiovascular events should be developed as a comparative. Although there are no studies to make an accurate assessment and no study that has removed all confounding factors, it is a fact that the incidence of cardiovascular events is very large. According to 2016 American Heart Association statistics, approximately 560 per 100,000 patients experience a heart attack [age 45 to 80 years], and one third of those are fatal; 186 per 100,000. A heart attack occurs every 34 seconds. A majority of recent studies confirm that 50% or more of cardiac events have an oral pathogen at their epicenter. That data puts the potential cardiovascular death rate, attributable to an oral pathogen, at 93 per 100,000. All of the above does not likely factor in the evidence that there is a 50% increase in cardiovascular events for the first 4 weeks after any invasive dental procedure, including scaling and root planing. At issue is not the exact accuracy of the numbers; it is the size of the numbers under consideration relative to the antibiotic resistance numbers.

There is an identified risk for incurring some systemic disease when antibiotics change the intestinal flora. In addition, there are systemic risks inherent to the ongoing presence of a systemic microbiome inclusive of high-risk periodontal pathogens. The magnitude or prevalence of either of these risk levels has not been quantified. The latter has been linked to heart disease, diabetes, chronic obstructive pulmonary disease, some cancers, and pregnancy dysfunction, to name a few. On the surface, it may appear that these disease links indicate that there are greater risks from the presence of a systemic pathogenic biome than changing the gut flora. Certainly this is speculation at this level, and more evidence and research will be needed to identify true risk-benefit levels.

CLOSING COMMENTS
Periodontitis is a systemic polymicrobial inflammatory disease with genetic expressions. It cannot be treated solely or effectively by local therapies, like debridement, in a high-risk host.

A key concept in developing an antibiotic stewardship protocol for dentists practicing oral-systemic medicine is to create a profile for high-risk patients. The patients who would be at greatest risk for incurring a negative systemic occurrence from a high-risk pathogen would be identified as requiring systemic antibiotic adjunctive therapy for periodontitis. Those individuals would potentially present with ongoing chronic disease and a current burden of inflammation, or be genetically predisposed and incapable of responding adequately to these pathogens.

Many current practitioners of oral-systemic medicine principles have developed an individual set of standards to conform to the responsible use of antibiotics, either adjunctively or prophylactically. There is no standardized high-risk patient profile that organized dentistry has yet endorsed. The profession needs to engage in a national conversation relative to all these concepts.

There is a need for well-designed study and research that is specific to all these concerns. It may take years for absolute certainty to emerge in this area of dental medicine. In the meantime, many have elected to use logic to evaluate benefits and risks, and to accept a large body of science as valid to the associations among oral pathogens, systemic diseases, and systemic antibiotic use.

Dr. Kempton, a graduate of Loma Linda University School of Dentistry, has been practicing comprehensive restorative dentistry for 40 years. He is also a graduate of the Pankey and Dawson restorative continuums, the Dawson Institute of Systemic Health, and the Bale/Doneen Method Preceptorship. He is a member of American Academy of Oral Systemic Health and a Fellow of the American College of Dentists. A certified professional coach, he provides private dental consulting and training through his company, Extraordinary Practice. He also appears in the Directory of Dental Speakers. He can be reached via email at jkdds@extraordinarypractice.com. 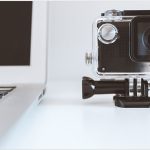 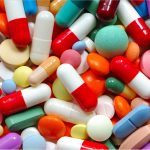