CASE REPORT
Diagnosis and Treatment Planning
A young man desiring treatment for smile enhancement presented to our office, with his main concern being the appearance of his maxillary central incisors. The left maxillary central incisor had been traumatized when he was younger and had required endodontic treatment. A porcelain veneer had been placed to improve the aesthetics. One of his major concerns was the discrepancy between the length of the central incisors and the reverse curve of the incisal edges. He desired a wider smile.

Clinical and radiographic examination illustrated good overall dental health with no active caries or periodontal disease. There was tissue irritation around the margins of the veneer, and the patient was concerned about the appearance in this area. His smile before treatment can be seen in Figure 1. Figure 2 shows the facial retracted view. The retracted occluded view in Figure 3 illustrates that the crowded mandibular anterior teeth and the facially protruded right central incisor were causing the opposing teeth to be malaligned. Also note that the tissue at the gingival of the mandibular incisors is irregular due to the positioning of the teeth. Figure 4 shows the maxillary occlusal view as he presented. In Figure 5, you can see the degree of crowding in the mandibular anterior area.

Previous orthodontic treatment had included premolar extractions in all 4 quadrants. This resulted in narrowing of the arches and tipping of all teeth lingually. Relapse of his anterior mandibular teeth had resulted in crowding. The patient was informed how the mandibular crowding had caused the opposing teeth to move forward and gave a v-shape to the edges of the maxillary central incisors.

The patient was not interested in traditional orthodontic retreatment, which may have resulted in the need to open spaces where the extracted premolars had been. It was explained to him that the crowded mandibular teeth made it impossible to align the opposing teeth properly. The patient inquired if veneers for lower anterior teeth could be used to align them. The use of an Inman Aligner was proposed to straighten only the lower anterior teeth and ceramic laminates for the 8 most anterior maxillary teeth. This would achieve his aesthetic goals without aggressive reduction of the mandibular incisors.

The Inman Aligner
The Inman Aligner is an innovative removable device invented by Don Inman to align anterior teeth. It uses NiTi coil springs to power 2 opposing aligner bows, which gently “squeeze” the teeth into alignment. The gentle movement of upper and lower anterior teeth with light but consistent forces over a wide range of movement enables correction of anterior mild to moderate crowding, rotations, and spacing caused by protrusion. These gentle but consistent forces are the key to the speed of treatment, allowing most cases to be completed in 6 to 18 weeks using only one removable appliance that is worn for 16 to 20 hours a day. Lifelong retention is needed using an Essix-type removable retainer, or a fixed-bonded lingual retainer.

Alignment Protocol
The patient agreed to the proposed treatment plan that would begin with aligning the mandibular teeth. Full-arch vinyl polysiloxane (VPS) impressions (Bonasil [DMP Dental]) were taken as well as a centric bite registration (Bona-Bite [DMP Dental]). The impressions and bite registration were sent to the dental lab team (Inman Orthodontic Laboratory) where the Inman Aligner was fabricated and returned.

The aligner was then delivered to the patient, and interproximal reduction (IPR, or stripping) was performed with diamond-coated strips to open slight spaces to “unlock” the crowded teeth. The aligner at placement is shown from the facial retracted view in Figure 6 and from the incisal view in Figure 7. The patient returned every 2 weeks for more IPR and the addition of composite “buttons” where needed. Figure 8 shows the incisal view at one of the interim appointments after some movement had resulted.

Figure 9 shows the incisal view at 12 weeks. The facial view after 12 weeks is shown in Figure 10. At this point, an impression was taken and a final clear aligner was fabricated to “tweak” the alignment. The patient wore the clear aligner for another 3 weeks to stabilize the position of the teeth (Figure 11).

Edge Bonding
Edge bonding was performed on all 6 mandibular incisors using Nanoceram Bright (DMP Dental) because of its high strength and its ability to blend in without the need for layering. Nanoceram Flow (DMP Dental) was used to bond a lingual wire retainer in place. The facial retracted view in Figure 12 shows the teeth after alignment and edge bonding. Note the improved tissue levels and incisal edge positions. In Figure 13, the new arch form and bonded lingual wire retainer can be seen.

Maxillary Restorations
After alignment and edge bonding were completed for the mandibular teeth, preparation for the maxillary teeth was scheduled. Preoperative impressions were taken with an alginate substitute (Status Blue [DMG America]). Then, a centric relation occlusal registration (LuxaBite Bite Registration Material [DMG America]) and face-bow registration were taken. The preoperative impressions were poured up in stone and the models were mounted on a Denar articulator using the face-bow record. A duplicate model of the maxillary arch was made and a wax-up was completed to simulate the desired end result. A putty stint (Bonasil A+ Putty [DMP Dental]) was made over the wax-up to be used for direct provisional restorations. A duplicate hard model of the wax-up was made and a vacuum-formed plastic shim was made as a preparation guide.

Tooth Preparation
The endodontically treated left central incisor was prepared for a full-coverage crown (Figure 14) and the other 7 teeth were prepared for ceramic laminate veneers. Lithium disilicate (IPS e.max [Ivoclar Vivadent]) was chosen as the restorative material for its aesthetics and proven strength. The left central incisor was prepared for 1.0 mm of axial thickness with a rounded a shoulder margin (FG 879K-04 diamond bur [SS White Burs]). The other central incisor, the lateral incisors, canines, and premolars were prepared for 0.5 mm of thickness with chamfer margins at the height of the tissue (FG 850-018 Medium [SS White Burs]). Butt margins were placed at the incisal edges and all corners were rounded (Figure 15).

Impressions and Provisionals
A final impression was taken with a VPS material (Panasil Putty and Light Body [Kettenbach LP]). An occlusal registration was taken (LuxaBite). Provisional restorations were fabricated directly on the prepared teeth using a bis-acryl material (Luxatemp Ultra [DMG America]) placed in the previously made putty provisional stint.

Laboratory Fabrication
At the dental laboratory (daVinci Studios; West Hills, Calif), the final impression was poured and the new bite registration was used to jump the model of the maxillary prepared teeth to the mounted lower model on the Denar articulator. One lithium disilicate crown and 7 lithium disilicate veneers were fabricated and returned to the office. The etched internal surfaces can be seen in the mirrored image in Figure 16.

Delivery of the Lithium Disilicate Restorations
At the delivery appointment, the patient was anesthetized, and the provisional restorations were removed. The final restorations were tried in using a drop of water as a try-in medium. Marginal fit, contact positions, and aesthetics were evaluated, and the appearance was approved by the patient. The restorations were removed, cleaned with phosphoric acid etch, rinsed, and dried with compressed air. A newly introduced ethanol-based, 2-part silane coupling agent (BIS-SILANE [BISCO Dental Products]) was mixed and applied to the intaglio surfaces of the restorations and allowed to dwell for 30 seconds, then dried with compressed air. The prepared teeth were cleaned with a plain flour pumice/water mixture, rinsed and lightly air-dried. Each prepared tooth surface was etched with a 32% phosphoric acid etching gel (UNI-ETCH [BISCO Dental Products]) for 10 seconds. The teeth were rinsed thoroughly and lightly air-dried, but left slightly moist. A 7th generation bonding agent (ALL-BOND UNIVERSAL [BISCO Dental Products]) was liberally applied to all prepared surfaces and air-dried. The bonding agent was cured for 10 seconds with an LED curing light (Bluephase 16A [Ivoclar Vivadent]).

The bonding agent was used to wet the internal surfaces of the restorations and then blown thin with compressed air. A dual-cured luting composite (DUO-LINK [BISCO Dental Products]) was applied to the internal surfaces of the restorations, and each one was placed and held lightly with a placement instrument (Veneer Stabilizer [Brasseler USA]) until the gel stage was reached for the dual-cured material. Excess gelled luting agent was gently removed with a scaler, and then floss was eased in between each restoration to remove proximal excesses. After manual cleanup was finished, the LED curing light was used for 20 seconds per surface to finalize the set of the luting agent before final finishing began. Articulating paper was used to thoroughly evaluate the occlusion. Adjustments were made, where needed, using fine diamonds and porcelain polishing points (Brasseler USA).

The final result (Figures 17 and 18) illustrates the superior contact position and normal alignment that had been achieved. The lithium disilicate (IPS e.max) restorations can be seen in Figures 19 and 20.

CLOSING COMMENTS
In this article, I have described a combination procedure using an ingenious invention called the Inman Aligner to straighten crowded mandibular anterior teeth prior to composite resin edge bonding to prepare for all-ceramic restorations in the opposing arch. A high-strength bonded lithium disilicate full-coverage crown, in combination with 7 lithium disilicate laminate veneers, were then used to complete the smile enhancement for this patient.

Dr. Nash maintains a private practice in Huntersville, NC, where he focuses on aesthetic and cosmetic dental treatment. He is an accredited Fellow in the American Academy of Cosmetic Dentistry and a Diplomate for the American Board of Dental Aesthetics. He lectures internationally on subjects in aesthetic dentistry and has authored chapters in 2 dental textbooks. He is co-founder of the Nash Institute for Dental Learning in Huntersville and is a consultant for numerous dental products manufacturers. He can be reached at (704) 895-7660, via email at rosswnashdds@aol.com, or at the website thenashinstitute.com. 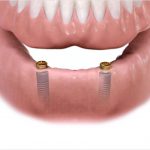 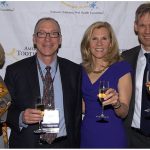