Number of Dentists in Scotland Rises

Many more people in Scotland will receive the dental treatment they need. This can be attributed to the increase in dentists in the country in recent years.

Between September 2006 and September 2013, Scotland added 793 dentists, which is an increase of nearly 33 percent.

Even with these positive numbers, the Scottish government is encouraging more people to seek dental treatment. 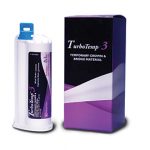