Recent research on dentin sialophosphoprotein (DSPP) is an example of how artificial the distinction is between medicine and dentistry. This protein was first identified in the late 1990s as regulating the mineralization, or hardening, of collagen fibers in dentin. Subsequent work has led to 2 fascinating threads of research. DSPP may have originated back in the mists of time from a gene duplication in reptiles. And, preliminary work shows DSPP evolved not only to help make dentin but is expressed and likely has filled other biological niches in cementum, bone, cartilage, and, interestingly, several soft tissues. The latter include secretory cells in the salivary glands, kidneys, lungs, tear ducts, and sweat glands. But the list of DSPP-expressing tissues has remained incomplete and very much a work in progress.

In the November 2011 issue of the Journal of Histochemistry & Cytochemistry, National Institute of Dental and Craniofacial Research (NIDCR) grantees for the first time systematically evaluated DSPP expression in a broad array of soft tissues in mice. They found that the protein is produced in the salivary glands, cartilage, liver, kidney, and brain. Interestingly, in all of these tissues, except the brain, the expression levels were higher than in bone, indicating important and unexplored functions in these tissues. Of note, the authors also found that DSPP is not expressed in the heart or spleen. “In conclusion, this study indicates that DSPP may serve multiple purposes in addition to its role in biomineralization,” the authors summarized. “Further studies are needed to elucidate the molecular mechanisms by which DSPP functions in nonmineralized tissues.” 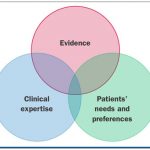