New Device Set to Combat Fear of the Dentist’s Drill

An innovative device that cancels out the noise of the dental drill could spell the end of people’s anxiety about trips to the dentist, according to experts at King’s College London, Brunel University, and London South Bank University, who pioneered the invention.

It is widely known that the sound of the dental drill is the primary cause of anxiety about dental treatment, and some patients avoid trips to the dentist because of it. This new device could help address people’s fears and encourage them to seek the oral healthcare treatment they need.

The prototype device works in a similar way to noise-cancelling headphones but is designed to deal with the high pitch of the dental drill. Patients would simply unplug their headphones, plug the device into their MP3 player or mobile phone, and then plug the headphones into the device, allowing them to listen to their own music while completely blocking out the unpleasant sound of the drill and suction equipment. The patient can still hear the dentist and other members of the dental team speaking to them but other unwanted sounds are filtered out by the device.

Containing a microphone and a chip that analyzes the incoming sound wave, the device produces an inverted wave to cancel out unwanted noise. It also uses technology called ‘adaptive filtering’ where electronic filters lock onto sound waves and remove them, even if the amplitude and frequency change as the drill is being used.

The device was initially the brainchild of Professor Brian Millar at King’s College London’s Dental Institute, who was inspired initially by carmaker Lotus’ efforts to develop a system that removed unpleasant road noise, while still allowing drivers to hear emergency sirens. Then, with more than a decade of collaboration with engineering researchers at Brunel University and London South Bank University, a prototype has been designed, built, and successfully evaluated.

Although the product is not yet available to dental practitioners, King’s is calling for an investor to help bring it to market.

Professor Brian Millar said: “Many people put off going to the dentist because of anxiety associated with the noise of the dentist’s drill. But this device has the potential to make fear of the drill a thing of the past.

“The beauty of this gadget is that it would be fairly cost-effective for dentists to buy, and any patient with an MP3 player would be able to benefit from it, at no extra cost. What we need now is an investor to develop the product further, to enable us to bring this device to as many dental surgeries as possible, and help people whose fear of visiting the dentist stops them from seeking the oral healthcare they need.” 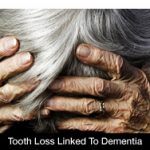 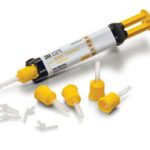