It’s not clear if this information is casual or if this is a solid fact.

The information was published in the American Journal of Obstetrics and Gynecology.

The information from the study showed pregnant women with gum disease who used alcohol-free mouthwash on a regular basis reduced the risk of early delivery by around 75 percent.

The research team gathered 71 women with gum disease. These women were instructed to rinse two times each day for 30 seconds using Crest Pro Health mouthwash, which is a nonalcoholic mouthwash. The information generated from these women was compared to the information gathered from 155 pregnant women who rinsed with water.

A problem with the study, however, was that the women knew which kind of mouthwash they were given.

Inflammation resulting from gum disease involves the hormone-like substance prostaglandin E2, which is a chemical also involved with labor.

The study indicated that mouthwash looks as though it helps gum disease. But if the pregnant woman doesn’t have gum disease, the mouthwash isn’t going to aid them.

The lead author of the study was Dr. Marjorie Jeffcoat, a professor at the University of Pennsylvania School of Dental Medicine. 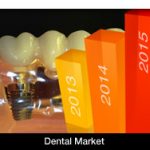