INTRODUCTION
Traditional full-mouth rehabilitation for most clinicians implies putting patients through the vigorous and unpleasant process of having most, if not all, of their teeth restored with crowns or onlays (Figure 1). Not only is this very expensive, making the reality of full-mouth rehabilitation cost prohibitive for many people, but it is also extremely invasive (Figure 2). Once a tooth is treated with an onlay or crown, then it is committed to this type of restoration for life. The author is not against the utilizations of crowns all together, as there are instances in which crowning a tooth is the best option. Rather, the author suggests always looking for the most minimally invasive treatment that will not only enhance the patient’s health, function, and aesthetics, but also make it possible for most patients to afford the treatment. Restoring teeth with more conservative methods like direct composite resin bonding provides the patient with a minimally invasive, more affordable option. Preservation of enamel and restoration of the stomatognathic system are accomplished simultaneously.1

Bio-Rejuvenation Dentistry
Bio-rejuvenation dentistry is based on principles first introduced by Dr. Bob Lee2 in 1990 who observed and documented hundreds of patients with biologically sound chewing systems. These systems all exhibited neuromuscular harmony with unworn teeth and healthy, noise-free joints. Lee2 observed nature in its optimal form and hypothesized that if these characteristics, or principles, were applied to a patient’s dysfunctional dentition, then it could be made healthy and optimal once again. The author applies Dr. Lee’s principles to his minimally invasive restoration process and he prefers to use the term minimally invasive bio-rejuvenation dentistry to describe the process.

The bio-rejuvenation approach adheres to Lee’s principles of anterior proprioceptive guidance. It is imperative that the occlusion be restored at a vertical dimension that allows for both proper tooth form and appropriate form of the occluded dentition with the joints seated in their most superior, anterior, and medial position. It has been documented that the activity of the masseter and temporalis elevating muscles can be reduced only when the absence of eccentric interferences to maximum intercuspal position (MIP) is obtained by anterior proprioceptive guidance.3 The characteristics of a healthy functioning condyle/disk complex are as follows:

CASE REPORT
Diagnosis and Treatment Planning
A 69-year-old male (Figure 3a) presented with the chief complaint that his teeth were wearing away. He was unhappy with the appearance of his teeth and smile (Figure 3b) and he was finding it difficult to chew and digest his food. He suffered from severe attrition and erosion resulting from years of bruxism and consumption of multiple diet sodas daily. He was concerned about his facial aesthetics and the increasing difficulty in chewing due to the amount of wear present. He also desired to have an attractive smile. The patient reported that he no longer consumed any soda or sugary drinks other than an occasional hot chocolate. He also reported that he was no longer aware of grinding his teeth. However, he did indicate some hypersensitivity to cold food and drinks. He also indicated to be free of headaches and facial pain.

The patient had sought several opinions from different dentists. He was basically given 2 treatment options:

Both options were viable treatment plans; however, the fees for these treatments were cost prohibitive for the patient. Furthermore, his desire to retain as much of his natural enamel as possible was important to him.

After diagnostic records were taken and a comprehensive examination completed, the author recommended a bio-rejuvenation treatment plan that would restore the vertical dimension of occlusion (VDO) with the temporomandibular joints (TMJs) in the centric relation position. Additive adhesive composite resin reconstruction was recommended due to its predictability and minimally invasive nature. It was explained to the patient that by creating an occlusion in harmony with his chewing and positioning muscles with the condyles seated in the centric relation position, it would give him a functioning, comfortable chewing system and would satisfy his desire to have an aesthetic smile and improved facial features. It was also made very clear to the patient that his was an extreme case and that he should expect a certain amount of repair and maintenance throughout the years. This made perfect sense to the patient, and the fact that his mouth could be treated minimally invasively made it even more appealing to him. The fee was within his budget as well.

Examination revealed generalized severe attrition/erosion of the teeth (Figure 4) resulting in a decreased VDO (Figure 5). The TMJ exam revealed comfortable joints (Figure 6) with no noises and no mandibular deviation upon a maximum opening of 58 mm. Loading of the condyles produced no discomfort. There were several teeth with deteriorating amalgams and moderate carious lesions. Tooth No. 19 was missing, as were all the third molars. Tooth No. 30 had been treated endodontically (Figure 6). His perio­dontal health was excellent with all probing depths within normal limits and plaque and bleeding indices of zero percent. There were no systemic or medical issues that were barriers to treatment.

An open centric bite record was taken with a Panadent (Panadent) bite tray at a vertical dimension that would allow the mouth to be restored with proper tooth form, horizontal overjet, overbite, and centric contacts. Accurate alginate impressions were taken and models were mounted (Figure 7) on an AD2 semi-adjustable articulator (Advanced Dental Designs) utilizing the AD2 face-bow transfer. The diagnostic wax-up (Figure 8) was completed by Dan O’Rourke, CDT (O’Rourke Dental Studio, Lantana, Texas). A bio-rejuvenation “tool kit” (Figure 9) was also included with the wax-up. The tool kit consisted of clear vinyl polysiloxane (VPS) (Lumaloc [Ultradent Products]) stints for accurately transferring the wax-up to the mouth in composite resin. The kit also included acrylic validators for verification of accuracy in the mouth.

Restorative Treatment
The lower anterior teeth Nos. 23, 25, and 27 were restored first. The teeth were micro-abraded (Figure 10a). No enamel was prepped or removed. Next the teeth were etched with Ultra-Etch (Ultradent Products) for 20 seconds and rinsed. Peak Universal primer/adhesive (Ultradent Products) was applied, air-thinned, and light-cured with the VALO light (Ultradent Products). G-ænial Universal Flo (shade A3) (GC America) was carefully placed into the Lumaloc stint and then taken into the mouth. The composite was then cured through the clear stint material using the VALO light. Next, the stint was removed, and these 3 teeth were finished and polished to completion (Figure 10b). G-ænial Universal Flo is a nanohybrid composite with excellent wear resistance, and it is easily polished. The author has found that this unique flowable composite resin material lends itself perfectly to the bio-rejuvenation technique described herein.

An acrylic guard was made and delivered to the patient to wear while sleeping to protect his restorations from the effects of nocturnal bruxism.

In this case, the patient was restored to have a fully functioning occlusion, a restored VDO to the face, and much improved facial and smile aesthetics (Figure 19). It is important to note the positive changes not only in the teeth, but in the face and eyes of the patient (Figure 20). Since the occlusion was restored to a stable condylar position in centric relation at a proper VDO, the teeth look great and, in addition, the facial muscles and muscles of mastication are relaxed and functioning harmoniously. The pressure on the teeth is minimal due to the idealized occlusion which will result in long-term functional and aesthetic stability.

These rules were all met in the restorative outcome achieved in this conservative bio-rejuvenation case.

One-Year Follow-Up
After one year, the restorations were holding up very well and the patient was very comfortable and pleased with his new smile (Figure 21). It took him a few weeks to get used to having longer teeth and to develop a more vertical pattern of chewing. He has adapted very well and has had no problems or discomfort.

CLOSING COMMENTS
Preservation of natural tooth structure is of utmost importance, and every clinician should consider this when creating any treatment plan, whether it is for one tooth or for full-mouth rehabilitation as is the case here. One of the most incredible features of this type of treatment is that the patient’s mouth was restored without permanently altering any tooth structure other than the removal of carious enamel and dentin in several of the molar teeth.

The author has been practicing bio-rejuvenation dentistry since 2001. Throughout that time, he has restored hundreds of patients in this manner and has found the results to be functional, durable, long-lasting and aesthetic.6

Acknowledgment
The author would like to thank Dan O’Rourke, CDT (O’Rourke Dental Studio, Lantana, Texas), for the lab work on this case.

Dr. Stewart has been practicing restorative dentistry in Flower Mound, Texas, since 1990. He is a co-founder and clinical instructor for The Texas Center for Occlusal Studies and Minimally Invasive Dentistry (txcos.com), and he lectures internationally on occlusion, minimally invasive dentistry, and aesthetic composite resin techniques. He is also a mentor for the Schuster Center. He can be reached via email at hal.stewart@verizon.net.

Disclosure: Dr. Stewart has received honoraria for speaking for Ultradent Products and is also an unpaid speaker for GC America. 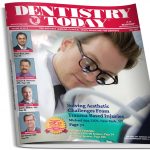 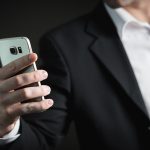 Next post CDA App Gets Updated for 2017 Conference
0 Shares