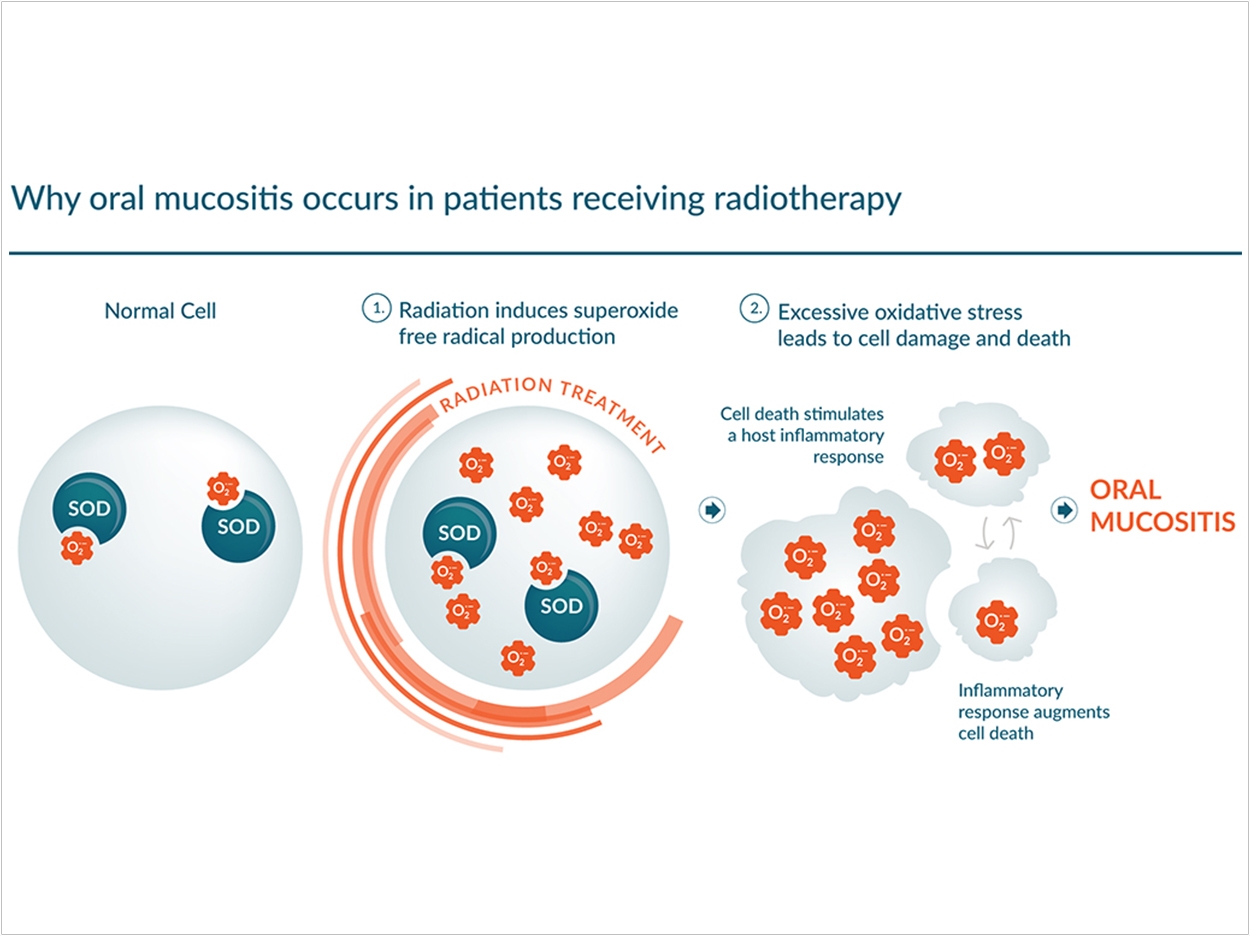 Many patients with head, neck, nasal, and oral cancers who are treated with radiation develop severe oral mucositis (SOM), which can be treated with medication once it develops. Now, researchers from Galera Therapeutics say that a new drug called GC4419 prevents SOM from developing in the first place. The Food and Drug Administration (FDA) has designated GC4419, which is still in clinical trials, a “breakthrough therapy.”

“We believe GC4419 has the potential to address an important unmet medical need in the treatment of cancer patients undergoing radiation therapy, and we look forward to commencing a Phase 3 trial with GC4419 in head and neck cancer patients this year,” said Dennis P. Riley, PhD, cofounder and chief scientific officer of Galera Therapeutics and leader of the study.

Radiation therapy breaks down the epithelial cells lining the mouth. Patients with oral mucositis (OM) experience severe pain, inflammation, ulceration, and bleeding. The World Health Organization defines SOM as grade 3 or 4 of OM. In the most severe cases, patients can’t swallow or consume liquids or solid food, often requiring feeding tubes and narcotic analgesics. Patients also are susceptible to infections that can lead to hospitalization.

Radiation therapy creates elevated superoxide radical levels, which are believed to be responsible for most of the side effects associated with treatment, including OM.

“The synthetic enzyme we designed and made mimics the function of the naturally occurring superoxide dismutase, an enzyme that converts superoxide to molecular oxygen and hydrogen peroxide,” said Riley. “Hydrogen peroxide is very toxic to cancer cells but not to normal cells. Thus, we create two opportunities to improve radiation therapy: reducing toxicity for normal cells while increasing the toxicity to the cancerous ones.”

Galera Therapeutics tried many variations of synthetic enzyme mimics before settling on GC4419. The research began decades ago when Riley worked at Monsanto/Searle. The molecules his team were working with had four chiral carbon centers, which meant there was a very large number of potential mimics. The researchers then had to figure out which isomer would work best and be the most “druggable,” Riley said.

“Our current synthesis involves using a template to make the 15-membered macrocylic ring complex in a single GMP [Good Manufacturing Practice] step. It uses pyridine-2, 6-dicarboxyaldehyde, manganese(II) chloride, and a linear tetramine synthesized from S,S-1,2 diaminocyclohexane. It is an elegantly simple ‘one-pot’ synthesis that yields the desired molecule with more than 99.5% chemical purity,” said Riley.

GC4419 successfully completed Phase 1 and 2 clinical trials, showing safety and efficacy in preventing SOM in head and neck cancer patients undergoing radiation therapy. If further clinical trials are successful and GC4419 gets FDA approval, “there’s no reason it could not be used to prevent side effects from radiation treatment of other cancers,” Riley said.

“You can think of pancreatic cancer, for example, in which you might want to use high-dose radiation for locally advanced disease, but the pancreas is too close to other organs that cannot handle the side effects of radiation,” Riley said.

“We are currently studying GC4419’s anti-tumor effect in a Phase 1/2 clinical trial in pancreatic cancer at MD Anderson Cancer Center. If successful, this drug has the potential to change the management of radiation therapy since 70% of all solid tumors are treated with radiation,” Riley said.

The results of the study were presented at the 256th National Meeting & Exposition of the American Chemical Society, August 20, in Boston. 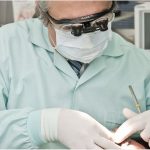 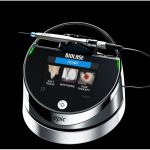 Next post Norbe Named President and CEO of Biolase
0 Shares