Mastering Irrigation in Endodontics: Cleaning and Shaping, or Shaping to Clean?

INTRODUCTION
Endodontic treatment is aimed at chemo-mechanically minimizing microorganisms, inactivating their by-products, and optimally sealing the canal space to prevent future recontamination. If root canals could be thoroughly cleaned using irrigation alone, and then effectively obturated, there would be no need for mechanical instrumentation.1

The initial cleaning of root canals is commonly performed by mechanical instrumentation, which removes the large bulk of the pulp tissue, the necrotic debris, and bacterial biofilms or a previous root filling. Unless this bulk of material is first removed, no further cleaning is possible. Mechanical instrumentation is performed by using either stainless steel hand files or engine-driven NiTi rotary and/or reciprocation files, neither of which is expected to completely clean the canal when used alone but will create a “space” that will be filled by irrigants to provide the cleaning effect.2 A substantial part of the root canal wall is left untouched by contemporary instrumentation techniques,3 and irrigation may be considered the primary method to clean and disinfect these areas of the root canal system. Nevertheless, it is recognized that cleaning and disinfecting the apical part of the canal with irrigants (ie, sodium hypochlorite) is ineffective unless the canal is enlarged to at least a 35.04 size.4,5

Various irrigation chemicals, techniques, and devices are being used together with mechanical instrumentation to improve the cleaning and disinfection of root canal systems.

Irrigant Benefits, Limitations, and Interactions
Ideally, a root canal irrigant should provide a broad spectrum of antimicrobial activity while flushing out debris from the root canal. It should be nontoxic and biocompatible in nature and able to disinfect the canal, dissolve organic tissue, and remove the smear layer. The root canal irrigant should have good lubricating action, along with low surface tension, to be able to flow into inaccessible areas. Finally, the irrigant should facilitate dentin removal but not weaken the tooth structure. Figure 1 shows examples of different endodontic irrigants.

Sodium Hypochlorite (NaOCl)
Sodium hypochlorite (NaOCl) is the most common irrigant used in endodontics and is recommended for routine clinical use throughout the instrumentation phase. NaOCl dissolves pulpal remnants and has strong antimicrobial effects, especially against biofilms. However, NaOCl is not able to remove the smear layer by itself as it only dissolves organic material. It has been shown to be extremely caustic when in contact with vital tissue in vitro, even at lower concentrations. Therefore, its use should be restricted within the confines of the root canal system.

Greater contact time and regular replenishing of NaOCl irrigant solution is more important than NaOCl concentration in regard to better tissue-dissolving capability.6 The volume of irrigant also correlates with a reduction of micro-organisms and improved canal cleanliness. It is highly recommended to use 15 to 20 mL of irrigant for each canal during instrumentation.7

NaOCl Concentration
It is known that NiTi rotary and reciprocation instrumentation techniques have expedited the shaping process. However, decreasing the time the NaOCl was inside the canal forced the use of high-concentrate solutions. Full-strength NaOCl can have a detrimental effect on dentin elasticity and flexural strength due to the proteolytic action of concentrated hypochlorite on the collagen matrix of dentin. Additionally, the higher the concentration, the greater the cytotoxicity. Accidental apical extrusion of high-concentrate NaOCl can create an instant inflammatory reaction, resulting in severe pain, ecchymosis, hematoma, and swelling. Less commonly, some patients have temporary nerve paresthesia.

NaOCl With Surfactant
NaOCl surface tension could affect the ability to penetrate the dentin and, thus, reduce antibacterial effectiveness within dentinal tubules. Surface active and wetting agents can be added to NaOCl to increase its penetration into dentin and inaccessible areas of root canals, improving its overall effect. Additionally, replacement and penetration in the main canal and isthmuses is enhanced in mixtures with lowered surface tension agents. Moreover, as the surfactant is a detergent, it possesses emulsifying properties. These properties facilitate the removal of debris from the dentin surface by maintaining them in suspension, which increases dentin wettability and facilitates instrumentation. Studying the ability of different irrigants in the removal of endotoxins, Valera et al8 concluded that the foam formation during instrumentation with NaOCl plus surfactant contributed to a better reduction of bacterial load, particularly against Enterococcus faecalis, as well as to a significant improvement in the removal of endotoxins.

Ethylenediaminetetracetic Acid (EDTA)
NaOCl is a limited irrigating solution because it cannot dissolve the inorganic component of the smear layer formed during mechanical instrumentation. EDTA, or citric acid, complements the action of NaOCl by chelating the calcium ions in dentin, removing the smear layer. It also exposes the bacteria living in the dentinal tubules, allowing them to be acted upon by the disinfecting irrigants (ie, CHX 2%). Additionally, it allows the endodontic sealer to penetrate the dentinal tubules for a more intimate fit, leading to an enhanced sealing of the canal.

Chlorhexidine (CHX)
CHX solutions are bactericidal and can adhere to canal dentin, producing a long-lasting effect called substantivity. CHX does not cause the erosion of dentin like NaOCl, making it a good choice for maximizing the antibacterial effect at the end of chemo-mechanical preparation.9 The reaction between CHX and EDTA, unlike the reaction between CHX and NaOCl, does not produce significant quantities of PCA, the carcinogenic and potentially mutagenic product of the NaOCl and CHX reaction. To prevent the formation of PCA, use EDTA, saline, or distilled water to flush NaOCl from the canal before the application of CHX.10

CLOSING COMMENTS
The fundamental goal of endodontic treatment is to remove the contents of the root canal, whether inflamed, necrotic, and/or infected tissue. It seems paradoxical that mechanical instrumentation creates more debris during the action of the instruments, along with not reaching areas of the canal due to the anatomy of the root canal system. The effective cleaning comes from the action of the irrigation liquids, and these must be used properly by respecting their appropriate volumes, times of action, and concentrations. We will discuss proper irrigation techniques and protocols in part 2 of this article, which will be published in a future issue.

Dr. Ramos graduated with a degree in dentistry from the State University of Londrina in Brazil (1987). He is a specialist and PhD in endodontics and a former endodontics sector coordinator at the State University of Londrina. He has had 3 endodontic textbooks published and has written more than a dozen chapters for various endodontic books. He accomplished all of this while working part time exclusively as an endodontic specialist at his private office from 1987 to 2012. Since 2012, he has been the Ultradent Products R&D and clinical affairs senior endodontic advisor. He can be reached via email at carlos.ramos@ultradent.com. 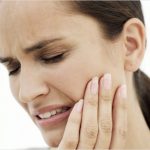 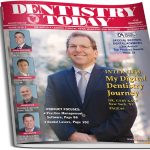