Many Retainers Contain Some Form of Bacteria

If retainers aren’t cleaned fully, microbes tend to build up on them, according to the UCL Eastman Dental Institute.

A study was recently conducted analyzing the types of microbes that live on retainers. At least 50 percent of retainers contain pathogenic microbes, according to the study.

This study appears in the journal Letters in Applied Microbiology.

Based on the findings in the study, new cleaning products are necessary to improve the cleanliness on retainers.

In the study, the researchers pinpointed bacteria that aren’t generally found in the oral cavity. Among the bacteria they searched for were Candida, a type of yeast, and Staphylococcus that included MRSA. Candida appeared on two-thirds of retainers and Staphylococcus was present on about 50 percent of the retainers.

Candida and Staphylococcus don’t have a major impact on healthy people but could cause problems for people with hampered immune systems. The bacteria on retainers live in the biofilms. Once there, these biofilms often remain there.

Until improvements are made to fully clean retainers, many precautions must be taken when handling them. Your hands should be washed often and it is also important to make sure a person who wears a retainer has a mouth that’s as clean as possible 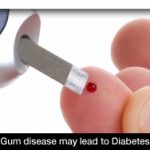