Mandibular overdentures are soft-tissue or implant-retained, depending on the number of implants employed. Support, stability, and retention are obtained via natural anatomy, retentive features of the prosthetic components, denture design, and occlusal factors. Treatment plans within the overdenture concept include 2 to 5 implants, placed within the mental foramens corresponding to 5 columns (A, B, C, D, and E) of bone.3 The number of implants utilized dictates the position and whether a superstructure or solitary abutments are used. Research supports 2 independent solitary abutments placed in the B and D positions to retain a soft-tissue-supported overdenture. A 2-implant overdenture is superior in stability, support, and retention compared to a conventional complete denture.4,5

CASE REPORT
Diagnosis and Treatment Planning
A 71-year-old female presented with an interest in dental implants. Her chief complaint was “Take these dentures and throw them in the garbage. I want to eat pecans and corn on the cob.” Her dental history included the use of maxillary and mandibular dentures for 3 years. The diagnostic appointment included an intraoral examination, diagnostic models, photographs, and a panoramic radiograph (Figures 1 to 3). The medical history indicated she had diabetes mellitus and hypertension. Her A1C value was 5.5. The daily medications reported were 81 mg ASA and 100 mg Losartan. Aesthetics, support, stability, retention, and vertical dimension of occlusion of the existing prothesis were evaluated (Figure 4).

The consultation included a discussion of treatment alternatives, including overdentures, fixed detachable restorations, and abutment/ceramic metal restorations. Consent was reviewed and signed with an emphasis on proximity of the mandibular nerve, altered sensation, and paresthesia. Treatment time, fees, and financial options were given. The patient chose a maxillary denture reline and a 2-implant mandibular overdenture.

A cone beam computed tomography (CBCT) scan was taken with a radiographic marker guide (Figure 5). Prior to surgery, the CBCT scan was analyzed for implant selection, anatomical features, and abnormalities, and specific attention was given to the location of the mental nerve (Figures 6 and 7). The radiographic guide was modified into a surgical template, depicting implant placement in the mesial-distal dimension.

The surgical guide was placed, and then bleeding points were established through the mucosa, utilizing an endodontic explorer and a No. 4 round bur to create a “dimple” on the ridge. A full mucoperiosteal flap was made with a 15-c blade and reflected with a periosteal elevator to expose the ridge. The osteotomy was developed utilizing 1.3-, 2.3-, and 2.8-mm drills to a depth of 13.0 mm. Implant placement was completed by using a fixation mount, 2.5-mm hex tool, and ratchet. Two implants were placed (3.7 x 13 mm Legacy1 [Implant Direct]) with two 3.7- x 3.0-mm titanium healing collars. The flap was closed with 4.0 vicryl sutures using a dual-closure technique, consisting of a horizontal mattress and an interrupted manner. A panoramic radiograph, postoperative instructions, and a soft reline of the mandibular denture completed the procedure (Figure 8).

After 3 months, the healing collars were removed utilizing a 1.25 hex tool, and the gingival sulcus was measured with a periodontal probe (Figure 9). The appropriate abutments (LOCATOR R-Tx Removable Attachment System [Zest Dental Solutions]) were selected and torqued (30 Ncm) into place (Figure 10). Next, 2 impression copings were placed (Figure 11). The existing denture was relieved in the area of the LOCATOR R-Tx abutments and roughened in the area of the reline. A quality vinyl polysiloxane impression material (Imprint III VPS Impression Material [3M]) was utilized to capture the anatomy, peripheral borders, and impression copings. A 3.35-mm abutment analogue was inserted into the impression copings.

The dental laboratory team performed the reline aspect for the maxillary denture and mandibular overdenture and the incorporation of the attachment processing assembly into the denture base.

The maxillary denture and mandibular 2-implant overdenture were placed with a medium retention (blue) insert (Zest Dental Solutions) (Figure 12). The occlusion was modified to reflect a bilateral, balanced, lingualized occlusion (Figure 13). The patient was scheduled in 3 days for a post-insertion evaluation. After 3 days, minor occlusal and mucosal adjustments were made. The patient expressed that the retention was “great.”

DISCUSSION
The mandibular edentulous patient has served as the impetus for the emergence of research in the field of oral implantology.6 The conventional mandibular full-denture patient experiences poor stability, support, and retention in regard to prosthetic principles. Patient limitations include mastication deficiency, occlusal disharmony, lack of confidence, compromised aesthetics, and chronic ulcerations. The overdenture maintains bone and retards bone-resorptive processes. The mandibular overdenture is a cost-effective, predictable prosthesis with successful long-term outcomes.7

A diagnosis based on sound clinical and radiological evidence is critical. A clinical exam including palpation of the ridge for undercuts, visualization of keratinized gingiva, and the location of muscle attachments is also important. A CBCT radiograph aids in implant selection, 3-D anatomy, bone abnormalities, and the location of vital structures (mylohyoid undercuts, inferior alveolar nerves).

Infiltration anesthesia is utilized to enhance patient awareness during osteotomy preparation if it’s in close proximity to the mental foramen or if an anterior loop is encountered. A single-stage surgical approach was utilized because the implants were placed in healed sites with an adequate zone of keratinized tissue. The implant placement was designed in the BD position, maximizing anterior-posterior spread.8 A torque value was measured to be greater than 35 Ncm via a calibrated torque wrench.

The prosthetic approach was based on an evaluation of the existing prosthesis. Phonetics were evaluated by fricative, repose, and sibilant sounds. Aesthetic assessment included incisal edge position, tooth shape, length, width, and pronunciation of the “E” sound. Vertical dimension of occlusion and occlusal principles were evaluated.9 The patient approved the aesthetics, phonetics, and occlusion of the existing prosthesis.

After an evaluation, a decision was determined to convert the existing mandibular denture into a 2-implant overdenture.10 This approach should only be used when a denture meets the standard of care of conventional denture prosthetics. As a result, the utilization of an existing denture prosthesis is a limited occurrence. If a new overdenture is fabricated, then a custom tray is used to pick up the impression copings secured to the LOCATOR R-Tx abutments. A unibase is incorporated with denture attachment housings and black processing inserts. A wax bite rim is made to capture a maxillary/mandibular relationship. A denture tooth try-in is followed by final overdenture placement. A well-fitting denture with excellent support and stability, with the aid of implants to maximize retention, improves the clinical outcome.

The prosthetic retentive feature options for implant overdentures can be superstructure bars with retentive attachments or solitary abutments.10 If 2 implants are utilized, solitary abutments are the prosthetic treatment plan of choice. The LOCATOR R-Tx Removable Attachment System is a technological advancement over earlier design renditions. The innovative design is inclusive of a tapered, narrow geometric platform that enhances the path of insertion. It provides improved path of insertion when multiple implants with various angles of divergence are encountered. This design may reduce the need for the fabrication of a superstructure. The inserts are designed with horizontal grooves and flats to resist vertical and rotational movement. The insert coating material fabricated in TI Carbon nitrate demonstrates better wear resistance. The pink-colored anodization provides a better aesthetic appearance and prevents metal shine-through. A variety of retention inserts allows the management of prosthesis retention and customizes a patient’s level of manual dexterity.

The enhanced design minimizes complications and concerns about past abutments. The internal aspect of the LOCATOR legacy type has the potential to collect plaque and food debris, preventing seating of the male component. The new design contains a small internal aspect for the torque-hex aspect and lowers the potential of food collection. The torque value achieved on the LOCATOR is accomplished with a hex tool and torque wrench vs the tri-lobe design.

CLOSING COMMENTS
The population of the world is aging, and the number of edentulous patients are coincident with this statistic.11 Implant overdentures are an effective, evidence-based modality with proven successful clinical outcomes. Mandibular overdentures demonstrate high success votes within the various treatment plan alternatives. The utilization of solitary abutments is the most common prosthetic approach for the 2-implant approach. It is critical to include overdentures and fixed, detachable, and traditional abutment ceramo-metal restorative options as treatment options for our edentulous patients.

Dr. Jackson is board certified and received his DDS degree at the State University of New York at Buffalo School of Dental Medicine. He completed postgraduate training at St. Luke’s Memorial Hospital Center’s general practice residency program and the New York Maxicourse in oral implantology at the New York University School of Dentistry. Dr. Jackson is a Diplomate of the American Board of Oral Implantology/Implant Dentistry, a Fellow of the American Academy of Implant Dentistry, and a member of the ADA. He is the director of the Boston Maxicourse In Oral Implantology and a scientific reviewer for the Journal of Oral Implantology. Dr. Jackson has presented oral implantology lectures internationally and has published peer-reviewed articles in various journals on the topic of implant dentistry. He can be reached at bjjddsimplant@icloud.com or via the website bostonmaxicourse.com. 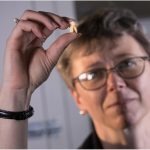 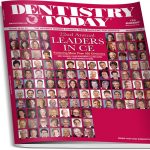