People with less education and lower incomes are much more likely to develop heart disease than those who are wealthier or better educated, according to a recent study.

Reported in the journal BMC Cardiovascular Disorders, the outcomes also show the risk persists even with long-term progress in addressing traditional risk factors such as smoking, high blood pressure, and elevated cholesterol.

“Being poor or having less than a high school education can be regarded as an extra risk when assessing a patient’s chances of developing cardiovascular disease,” said lead researcher Peter Franks, a professor of family and community medicine at the University of California, Davis. “People with low socioeconomic status need to have their heart-disease indicators managed more aggressively.”

Using data from the Atherosclerosis Risk in Communities Study, authors of the current study included information on more than 12,000 people aged 45 to 64 years living in North Carolina, Mississippi, Minnesota, and Maryland. Participants reported their education and income levels in 1987, and then over the course of 10 years were periodically evaluated for heart-disease diagnoses and changes in their risk factors, including cholesterol, blood pressure, and smoking.

The results indicated that people with lower socioeconomic status had a 50 percent greater risk of developing heart disease than other study participants.

According to Franks, although it is known that people with low socioeconomic status have a greater risk for developing heart disease and other health problems, the reason is often attributed to reduced health-care access or poor adherence to treatments such as smoking cessation or medication.

This study showed for the first time that the increased risk endured despite long-term improvements in other risk factors, indicating that access and adherence could not account for the differences.

According to Franks, previous studies could help explain the link between low socioeconomic status and increased heart-disease risk. Social disadvantages and adversity in childhood may result in lasting adaptations to stress that take a bigger toll on the heart. Cumulative effects of social disadvantage throughout the lifespan could also cause more “wear and tear” on the cardiovascular system.

Franks advocates for including socioeconomic status in the Framingham risk assessment, a tool based on outcomes from the Framingham Heart Study, which is commonly used to determine treatments for heart-disease prevention. He points out that health-care providers in the United Kingdom already consider socioeconomic status in determining care plans.

“Doctors could, for instance, moderately increase the dosage of cholesterol-lowering drugs to reflect the higher risk imposed by socioeconomic status,” said Franks, whose research focuses on addressing health-care disparities. “Changes like this would be easy to implement, and the benefits could be significant.”

Researchers from the University of Rochester collaborated on the study, which was supported by funding from the National Heart Lung and Blood Institute. 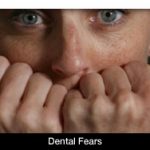