Dental plaque could result in premature death in cancer patients, according to a new study.

The researchers determined that a large amount of plaque had some connection to a higher cancer mortality. When dental plaque is present it indicates bad oral hygiene, which is something that raises the risk of infection and ultimately may result in death.

A Swedish research team from the Karolinska Institute and a group from the University of Helsinki put the study together. The study appeared in the BMJ Open.

The study revealed that dental plaque could increase the risk of death by cancer by as much as 79 percent when analyzing all risk factors. Bacteria in the mouth is a big contributor to carcinogenesis.

Despite the findings from the study, the researchers emphasized that tooth decay does not directly cause cancer.

Based on this study and numerous studies in the past, poor oral health leads to poor overall health. It’s been proven that bad oral health may lead to Alzheimer’s disease, heart disease, stroke, and diabetes, among other health problems. 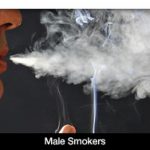