Lack of Dentists a Problem in Rural Areas of California

Tooth decay rates in many California areas are rising.

The problem can be traced to one main cause: a lack of dentists.

Many of California’s rural counties don’t have nearly as many dentists and specialists as they need. In fact, there is only one dentist for every 4,500 people in the McKinleyville area of Humbolt County. There’s also only one dentist that will accept Medi-Cal (California’s version of Medicaid) for every 71,000 residents in the county.

According to a 2006 survey, in a four-county span in Northern California, more than a quarter of the people below the poverty level hadn’t visited a dentist in at least five years. Rural counties in Northern California also rank highest in the state for the number of emergency department and urgent care visits for preventable dental conditions.

The problem for dentists is the lower reimbursement rates in places outside of urban areas, which gives them less incentive to open a practice in those areas.

There were some program cuts to Medi-Cal three years ago, which exacerbated the problem. Increasing various telehealth programs could be a boost to dentistry and specialty treatment.

Studies also have indicated that education loan repayment programs are enticing enough to get more students interested in dentistry. Without programs like that, the problem will continue in rural areas of California. 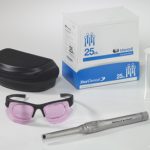