﻿INTRODUCTION
The presence of color alterations and surface irregularities in tooth enamel can be detrimental to the aesthetics of a smile. As these imperfections are located in the most superficial layers of the enamel, they can be resolved by application of the microabrasion technique. This technique not only provides satisfactory aesthetic results, but among other considerations, allows an insignificant loss of tooth enamel.1 Microabrasion has been adopted by various researches who have, for aesthetic improvements, used a mixture of 18% hydrochloric acid and pumice stone,2,3 or 6.6% with silica carbide particles,4 or even 37% phosphoric acid gel associated with extra fine grained pumice stone in proportions of equal volume.5 It is worth pointing out that these researchers are unanimous in affirming that this notable technique, when correctly indicated and performed, is capable of providing highly aesthetic and lasting clinical results.

However, it must be noted that teeth submitted to this technique often present a more yellowed color due to microreduction of the enamel surface affected by staining; this is because the dentinal tissue becomes more noticeable.4 In view of this, correction of the tooth color pattern may be obtained with the use of carbamide peroxide-based products, used with trays;4,6,7 or treatments performed in the dental office with hydrogen peroxide.8,9

This article presents the removal of tooth enamel stains by the microabrasion technique. This was done using a mixture of 37% phosphoric acid in gel form with extra fine grain pumice stone and a subsequent bleaching technique with 10% carbamide peroxide and 35% hydrogen peroxide.

CASE REPORT
An 18-year-old patient presented with intrinsic hard-textured white stains of unknown etiology on the vestibular surfaces of all teeth (Figure 1a). To remove the stains, the microabrasive technique would be applied only on the facial surfaces of the teeth where the aesthetic appearance was compromised: the maxillary and mandibular incisors, canines, and premolars.

Initially, microreduction procedures were performed on the affected enamel, and for this purpose, a fine-tapered diamond bur (No. 3195 FF K.G. Sorensen) was used with water cooling to remove the superficial layer of the stained enamel (Figure 1b). After this, a microabrasion mixture (as described above) was used to correct the color pattern and for uniformization of the tooth enamel surface as follows.

After absolute isolation of the operative field using a rubber dam, and also protecting the patient, assistants and operator with the use of protective goggles; application of the mixture of 37% phosphoric acid gel (DENTSPLY Caulk) and extra fine grained pumice in equal proportions (Figure 1c) was begun with the aid of a rubber cup adapted to a counter angle at low speed. This was done at intervals of one minute for each application, followed by periodic washing with water between applications (Figure 1d). A total of 4 applications of microabrasive mixture were required in order to obtain a satisfactory aesthetic result. After the last application, the tooth surfaces were polished with fluoridated prophylactic paste Herjos F (Vigodent S/A Indústria e Comércio). Next, after washing and drying the teeth, all the affected teeth received a 4-minute application of 2% neutral sodium fluoride gel (Figure 1e). After this procedure, the rubber dam was removed (Figure 1f).

After 30 days had elapsed since the microabrasive procedures were done (Figure 2a), and with the aim of optimizing the aesthetic results, we opted to perform dental bleaching. To do this, 10% carbamide peroxide (Opalescence [Ultradent Products]) would be used. Alginate impressions were taken of the maxillary and mandibular arches and acetate molds were made which, after being cut, were analyzed with regards to properly fitting the teeth and gingival tissues. After this, the patient was instructed to place one drop of the 10% carbamide peroxide bleaching gel in the deepest portion of the mold in the region corresponding to each tooth to be bleached. Bleaching was then to be performed for 4 hours every day (Figure 2b).

In addition, with the purpose of potentiating dental bleaching, in-office dental bleaching was performed once a week with 35% hydrogen peroxide (Whitegold office [DENTSPLY Industia e Comércio Ltda]). The bleaching gel was applied over the entire facial surfaces of the teeth to be bleached, and remained in contact with the tooth surface for the times of 30 to 45 consecutive minutes. After this, the bleaching product was removed with cotton rolls, and then the operative field was washed and dried. Next, 2% neutral sodium fluoride gel was applied for 4 minutes (Farmácia Aphoticário). We want to emphasize that before the bleaching product was applied, the exposed dentinal tissue in the cervical and incisal regions of the anterior teeth were protected with an application of self-etching adhesive (All Bond SE [BISCO Dental Products]). This was done by applying 2 coats of the self-etching adhesive to the dry dental tissue, then light-curing with a halogen light (Ultralux [Dabi Atlante]) (450 mW/cm2) for 20 seconds.

To obtain the desired color pattern, it was necessary to use the bleaching product for 3 weeks, as well as 3 applications of 35% hydrogen peroxide (Figures 2c and 2d). After achieving the desired bleaching, daily 4-minute topical applications of 2% neutral sodium fluoride gel were prescribed for a period of one week. During and after the bleaching treatment period, no sensitivity was reported and there were no observable untoward alterations in the patient’s hard and soft tissues.

Following the techniques outlined above, we observed a positive aesthetic outcome for this adolescent patient’s smile (Figures 2e and 2f).

As did Sundfeld et al,11-14 we also noted that in addition to the safety and effectiveness of the technique, the tooth enamel treated with microabrasion clinically presented a considerably smoother and brighter appearance with the passage of time. This, according to Croll1 and Donly et al,15 is due to the compaction of mineral substances coming from the erosive and abrasive action of the microabrasive compound on the enamel surface. Some studies using polarized light microscopy have also shown that the enamel submitted to microabrasion presents greater resistance to demineralization and colonization by Streptococcus mutans.16

Although the loss of tooth enamel is irrelevant,12 it could cause a more accentuated color due to the subjacent dentinal tissue being more evident. In these cases, correction of the color pattern can be obtained with the use of carbamide peroxide-based bleaching products coupled with molds,6,17 with high concentrations of hydrogen peroxide,18 applied in office, or even with the association of these techniques, which could make the bleaching treatment faster.

In the case presented, no damaging effects on the hard and soft tissues were found, as clinically observed. In addition, the absence of dental sensitivity during and after the application of the bleaching products was welcomed. This confirms our clinical findings that the use of carbamide peroxide and hydrogen peroxide can be safely prescribed, as long as these chemicals are applied to noncarious and well-restored tooth surfaces; in particular, teeth without exposed dentin in the cervical and/or incisal portions. Of course, this process must be well supervised by the dental professional.

It should be pointed out that the teeth which presented with deep dental stains (stains that were not completely removed by the microabrasion technique) became aesthetically unnoticeable once made wet with saliva after dental bleaching had been performed. We also believe that the fact that the bleached dental tissue had taken on a lighter color must have helped to mask the enamel region that presented a residual stained area.

CONCLUSION
The removal of enamel stains by the microabrasion technique, with a mixture of 37% phosphoric and pumice stone, and afterwards associated with dental bleaching with 10% carbamide peroxide and 35% hydrogen peroxide, provided aesthetic recovery of our adolescent patient’s smile.

Dr. dos Santos is an assistant professor, department of dental materials and prosthodontics, São Paulo State University, Araçatuba School of Dentistry, Universidade Estradual Paulista, in São Paulo, Brazil. He can be reached via e-mail at paulosantos@foa.unesp.br. 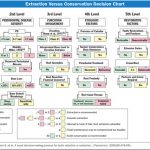