Congressmen Michael C. Burgess and Edolphus Towns have introduced a Dental Emergency Responder Act, which would enhance the medical response capabilities for healthcare during natural disasters or tragedies.

As it stands now, dental facilities and dentists are not part of the process that gives aid the victims of horrific events, such as terrorist attacks. There have also been cases in which dental schools were not allowed to provide help in these situations.

This proposed act would add dentistry to part of the medical response team’s duty. This proposed bill doesn’t restrict states to do certain things, but it provides the response team to do more to plan their courses of action.

This bill would also open the possibilities for dentists and dental facilities to be part of the response process as opposed to an extra part. The process for the dentists to be integrated would be up to the particular state or group.

This proposed Dental Emergency Responder Act is deficit neutral. It is also endorsed by the American Dental Association.

This information on this proposed bill came from the office of Congressman Burgess. 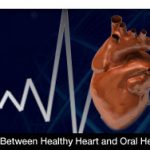 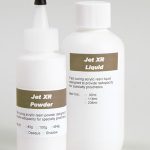