FDA May Impose Limits on Sugar

The FDA, after being urged by the Center for Science and Public Interest, is going to explore creating a new sugar level for products, meaning a number in which added sugar can’t exceed in a given product. The goal is to boost oral health, in addition to combat diabetes and heart disease, among other health issues.

The CSPI filed a 54-page petition with the FDA. The petition goes in depth about the overwhelming evidence that added sugars cause major health problems.

The average 20-oz bottle of soda possesses 16 teaspoons of sugar from high-fructose corn syrup. The American Heart Association only recommends consuming half of that amount throughout the entire day. No person should consume more than 9 teaspoons of sugar each day, according to the AHA.

The CSPI and researchers involved with this data agree that diet soda is healthier than regular soda despite some studies that say otherwise.

Sugary drinks comprise the largest source of calories in the American diet, according to some studies. The average American consumes between 18 and 23 teaspoons each day.

The CSPI is also requesting other industries lower the amount of sugar in various other consumable products. 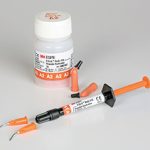 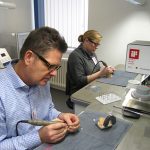