Facing Braces with a Little Help from Lego

A competition will be held during the event to encourage visitors to guess the number of Lego bricks it took to build both faces.

The launch will be followed by a week-long event at the museum during half term, when the gallery is visited by more than 2,000 people per day.

During the week, members of the public will be able to “Meet an Orthodontist” and find out more about orthodontic treatment. The focus for NOW 2011 will be young people and during the campaign the BOS aims to highlight the problems of dealing with protruding teeth.

Two young winners of its annual Against the Odds event, who both had to overcome seemingly insurmountable problems related to their protruding teeth, will be acting as figureheads for the campaign and it is hoped their success stories will inspire others to seek help.

A short NOW film is being produced, which features interviews with these young orthodontic patients, and other young people who have had their lives changed by orthodontic treatment, and also features interviews with orthodontists who explain the issues and benefits of orthodontic treatment. A survey is currently being conducted by YouGov, which will canvass the public about their attitudes toward protruding teeth and should produce some interesting statistics, which will be released at the launch event.

In addition, a host of national and local radio and press interviews will be carried out at the launch of the campaign and these will provide journalists with the news angle on which to base their articles. The NOW website—nowsmile.org—has been refreshed and a range of new initiatives have been developed to encourage an even greater number of visitors.

A range of 20 NOW-branded products has been produced, which will feature the NOW logo and these will be available for dental professionals to order on line to give to their patients.

A percentage of the profits from sales of these items will be donated to the BOS Foundation, which funds research into future orthodontic treatment. The site also features a free NOW poster/flyer that can be downloaded from the Web site, along with free downloadable press releases, patient information leaflets, and logos for use in their own local campaigns.

There are also sections designed to give dental professionals ideas for running their own NOW initiative with illustrations of successful campaigns that were conducted in 2010 including a number of inventive charity events.

Creative ideas included handing out NOW-branded water bottles at railway stations, displays at shopping centers, a patient art competition and exhibition, and a wide variety of fancy dress events, all of which were designed to engage with, and educate the public about the benefits of orthodontic treatment. Competition lovers will be drawn to the recipe challenge on the site that is designed to encourage people to come up with delicious brace-friendly dishes.

The best selection will be featured as downloadable fact sheets on the NOW Web site and it is intended that these will form the basis for a brace-friendly recipe leaflet to be published by the BOS in the coming months. For patients the NOW Web site features a Find Orthodontic Treatment section that links them to the main BOS site and allows anyone interested to find the contact details of their nearest orthodontists. 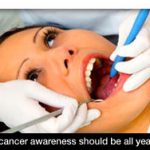 Previous post Mouth Cancer Awareness Should be All Year Round 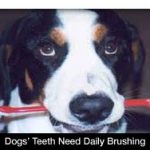