INTRODUCTION
Guided bone regeneration has long been used for the clinical preservation of extraction sockets prior to implant placement, in internal and external sinus lifting, ridge augmentation, and for immediate implant stabilization. There are a variety of bone replacement graft types: autogenous (from another site in the patient), allografts (from the same species—human), xenografts (from another species—porcine, bovine), and alloplasts (synthetic). These have been shown to be successful when used in the aforementioned applications with or without nonresorbable (ePTFE) and resorbable (collagen) membranes. Resorption times for these materials have always been considered very important in order to allow for sufficient replacement of bone volume and density. Different bone and membrane types have varying degrees of resorption time but have generally been found to work well in a clinical setting. A comparison of 3 bone replacement graft materials in human extraction sockets showed significant variation in vital bone growth but adequate fill, nonetheless.1 Also, there is evidence that grafting for socket preservation for future implant placement has advantages over nongrafted sockets.2 Although extraction sockets can and do experience bone fill without grafting, we have to take into consideration the normally thin walls of the socket that can be negatively impacted by resorption and thereby compromise our results.

A series of mini case reports will be presented in this article, showing the utilization of Puros cortical allograft and CollaTape membrane (Zimmer Dental). I use cortical bone for its proven superior achievement of bone volume and density over cancellous bone and its equal osteoconductivity when compared to cancellous bone. Although I would prefer longer resorption times (10 to 14 days for CollaTape versus 28 to 42 days for other membranes), I find the ease and simplicity of working with CollaTape better for me in these clinical situations. Other practitioners use different graft materials and membranes that work best for them.

CASE REPORTS
Case 1
Findings and Treatment—A 50-year-old male was referred by his general dentist for implant placement at the No. 6 site. The canine had been missing for so many years that an atrophic buccal bone defect had been created, requiring grafting at the time of implant placement. A 3.25 x 11.5 mm OSSEOTITE Tapered Certain implant (Biomet 3i) was placed into a prepared osteotomy (Figure 1) under local anesthetic using 2% lidocaine hydrochloride (HCl) (1:50,000 epinephrine). It was anticipated that the coronal third of the implant would be surrounded by solid bone and that the apical two thirds of the implant would require grafting on the buccal aspect (Figure 2). Puros cortical allograft material was placed with simultaneous placement of a CollaTape membrane (Figure 3) and a radiograph confirmed good placement of the implant (Figure 4). The patient was placed on penicillin V potassium (VK) 500 mg (No. 28, 4 times a day for one week) and a 0.12% chlorhexidine rinse (Periogard Rinse [Colgate]) (30 seconds, twice a day for 2 weeks).

Case 2
Findings and Treatment—A 72-year-old male, who had previously undergone implant placement at my office, presented with a severely carious molar (tooth No. 30) (Figure 5) that required extraction with simultaneous placement of a Puros cortical allograft and CollaTape membrane (Figure 6). This was done under local anesthetic using Articaine 4% (with 1:100,000 epinephrine). The patient returned in 6 months for placement of a 5 x 10 mm OSSEOTITE Tapered Certain implant under local anesthetic using 2% lidocaine HCl (with 1:50,000 epinephrine) and was postoperatively placed on penicillin VK 500 mg (No. 28, 4 times a day for one week) and 0.12% chlorhexidine rinse (Periogard) (30 seconds, twice a day for 2 weeks). Dense bone fill had been achieved not only at the implant site, but in the previously infected defect mesial to the No. 31 implant (Figure 7).

Case 3
Findings and Treatment—A 56-year-old female presented for extraction of the remaining root at the No. 12 site (Figure 8). In this case, the best course of action was determined to be an immediate implant, since the root was narrow enough to allow implant placement with minimal gapping between it and the walls of the socket. An atraumatic extraction was done under local anesthetic using 2% lidocaine HCl (with 1:50,000 epinephrine), and a 4 x 13 mm OSSEOTITE Tapered Certain implant was placed (Figure 9). The remaining space between the implant and socket wall was filled with Puros cortical allograft and covered with a CollaTape membrane (Figures 10 and 11). Postoperatively, the patient was placed on penicillin VK 500 mg (No. 28, 4 times a day for one week) and 0.12% chlorhexidine rinse (Periogard) (30 seconds, twice a day for 2 weeks).

Case 4
Findings and Treatment—A 50-year-old female was referred by her general dentist for extraction of tooth No. 3 and implant placement (Figure 12). The proximity to the sinus and the size of the socket following extraction warranted placement of a Puros cortical allograft and CollaTape membrane, in preparation for an internal sinus lift and implant placement in 6 months (Figure 13). This was to be an internal sinus lift since no more than 5.0 mm of sinus space penetration was needed; thereby avoiding a more invasive external sinus lift. The patient returned in 6 months, at which time a CollaTape membrane was placed ahead of a Puros cortical allograft and, finally, a 4 x 8.5 mm OSSEOTITE Tapered Certain implant (Figure 14). Postoperatively, the patient was placed on penicillin VK 500 mg (No. 28, 4 times a day for one week) and 0.12% chlorhexidine rinse 0.12% (30 seconds, twice a day for 2 weeks).

Case 5
Findings and Treatment—A 42-year-old male was referred by his general dentist after traumatic avulsion of tooth No. 9 in an on-the-job accident (Figure 15). The resulting socket (Figure 16) was filled with Puros cortical allograft (Figure 17) and covered with a CollaTape membrane (Figure 18) under local anesthetic 2% lidocaine HCl (1:100,000 epinephrine). A postoperative radiograph (Figure 19) confirmed that the socket was filled. The patient returned in 6 months for the placement of a 4 x 11.5 mm OSSEOTITE Tapered Certain implant (Figure 20). Postoperatively, the patient was placed on penicillin VK 500 mg (No. 28, 4 times a day for one week) and 0.12% chlorhexidine rinse (30 seconds, twice a day for 2 weeks).

Case 6
Findings and Treatment—A 19-year-old female was referred by her general dentist following traumatic avulsion of tooth No. 23 by a tongue bar that she had previously worn. The other mandibular incisors were severely damaged as well. It was decided that the best course of action in her case would be ridge augmentation to fill the defect at the No. 23 site (Figures 21 and 22) followed by extraction of the remaining mandibular incisors in preparation for a fixed bridge. The extent of the defect was confirmed upon surgical exposure (Figure 23) under local anesthetic using 2% lidocaine HCl (with 1:50,000 epinephrine). A Puros cortical allograft was placed and covered with a CollaTape membrane (Figure 24). There was good bulk to the ridge postoperatively (Figure 25) with some of the bone graft visible radiographically (Figure 26). The patient returned for her one-month evaluation (Figure 27) prior to returning to her general dentist one month later to continue with her restorative treatment.

CLOSING COMMENTS
There are many grafting materials and membranes available to the clinician that may be used in a variety of situations. All have been shown to provide more than adequate clinical results, allowing us to accomplish the goals set forth in our patients’ treatment plans. The materials used in my office, as presented in this series of mini case reports, have been shown to work best in my hands. There is no absolute right or wrong in regards to which type or combinations of materials are used, as long as good clinical outcomes are achieved.

Dr. Mangot received his DMD degree in 1987 and his certificate in periodontics in 1990 from the University of Medicine and Dentistry of New Jersey (now Rutgers Dental School). He is a Diplomate of the American Board of Periodontology. He has maintained a private practice limited to periodontics and implants in Clifton, NJ, for the past 23 years. He can be reached at healthygumsnj@gmail.com. 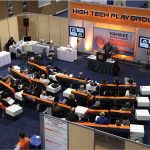