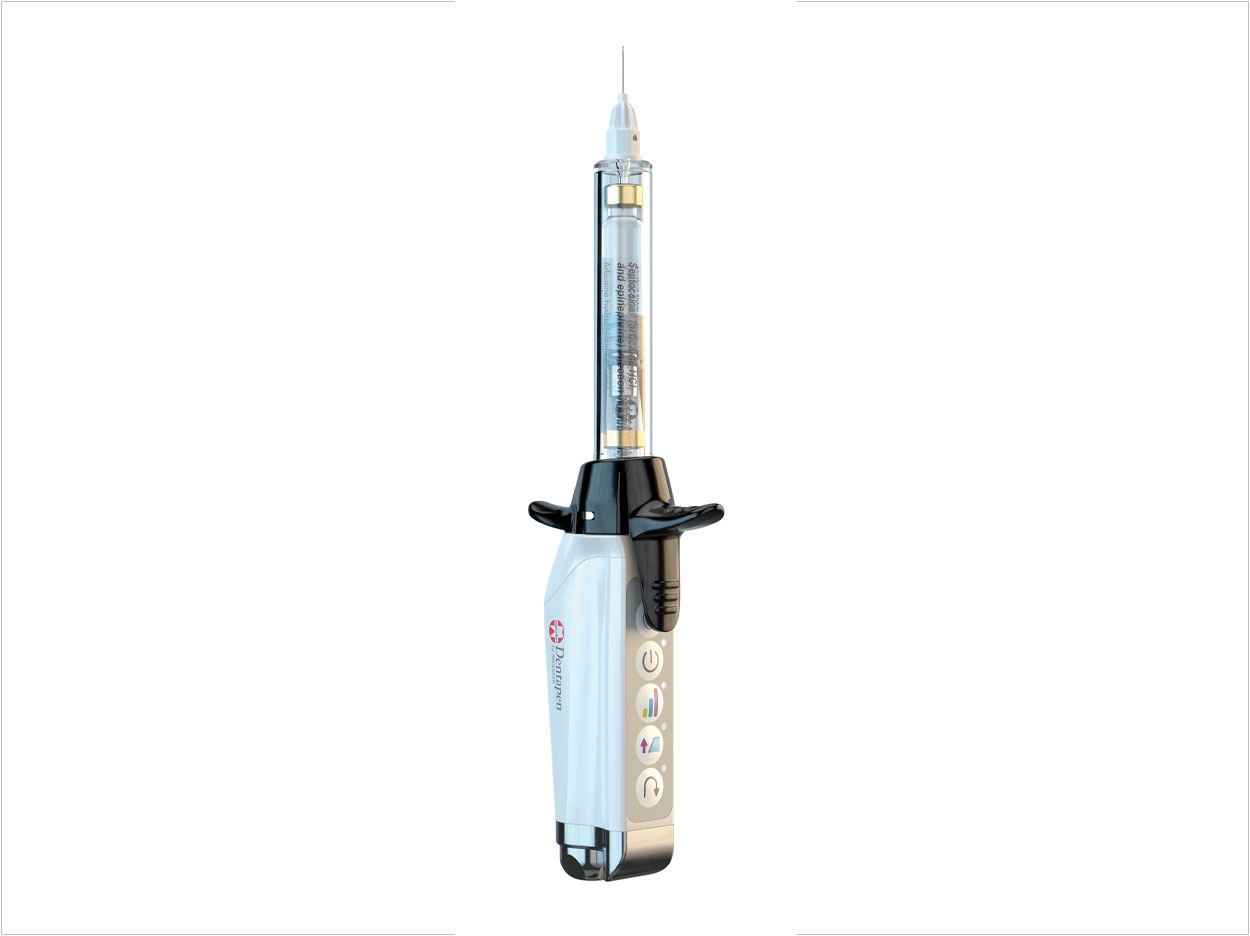 Historically, many pa-tients have avoided visiting the dentist because of the fear and anxiety often associated with the dental experience. While the sources of fear may include noise and vibration from dental handpieces, as well as the smells of drugs and/or materials utilized during treatment, one of the primary fear-provoking concerns patients have is the administration of the local anesthetic itself, which is often perceived as the primary source of concern more so than the procedural discomfort it is intended to eliminate.
Dental local anesthetics can cause pain for various reasons, including needle penetration through soft tissue; distention of soft tissue from too rapid an injection technique; and agent-specific characteristics, such as its acidic pH. Although reducing injection speed may be one of the most effective methods of reducing pain, the ability to continually control the speed manually throughout the entire injection poses a difficult challenge most practitioners are unable to consistently accomplish.

The Introduction of CCLADs
Computer Controlled Local Anesthetic Delivery Systems (CCLADs) were first introduced for use in the dental profession in the late 1990s. When initially launched, they offered the promise of helping to ameliorate the pain and anxiety that is usually associated with intraoral injections of local anesthesia. These computerized systems provided the dentist with a deliberate and controlled administration of local anesthetic that was intended to reduce the potential discomfort that many patients feared. However, while delivering on their promise, many practitioners had difficulty balancing the benefits with the fact that these countertop units were too cumbersome and required proprietary disposables, which added cost for each patient. Moreover, for those practitioners practicing in multiple operatories, there would be the added burden of having to purchase additional units if efficiency were the objective.
For those who have employed CCLADs, there has been widespread patient acceptance, especially with more stimulating techniques, such as palatal injections. As a result of the keratinized tissue through which the anesthetic must be delivered, these injections can be quite uncomfortable. In addition, periodontal ligament (PDL) injections provide similar concerns, which are readily addressed when delivered with a CCLAD. And for the traditional infiltration and block injection techniques, the CCLADs provided a consistent and painless delivery of local anesthetic throughout the entire injection that patients undoubtedly appreciate.

The Unveiling of Dentapen
Since their introduction, there have been a number of different systems developed with improved features aimed at addressing some of the shortcomings of the earlier devices. This past November, Septodont introduced the Dentapen at the Greater New York Dental Meeting, where it was well received. I personally have been utilizing the Dentapen in my practice for the past month and have found it to be exceptional. Its lightweight and ergonomic design are in sharp contrast to virtually all of the other systems that predate it.
The Dentapen is a self-contained CCLAD that enables the dentist to utilize standard dental anesthetic cartridges and needles. It is entirely portable, meaning that a single device may be all that a dentist needs to purchase. It runs on disposable batteries and enables the local anesthetic to be delivered at 3 speeds (1 mL in 30 seconds, 60 seconds, or 100 seconds) and in 3 modes, including (1) full speed, which is the default; (2) ramped up (blue light), where the agent is initially delivered as a slow trickle; and (3) pressure mode (purple light), which is used for PDL injections.
Local anesthetic cartridges are placed in a sterilizable clear cylinder (cartridge holder) that is attached to the device by a sterilizable finger grip. It comes in 2 designs, including one that closely resembles the syringe dentists are familiar with and another that enables the device to be held more like a pen. Once the finger grip is activated (and released), the CCLAD will administer the local anesthetic at the designated rate by placing continuous pressure on an internal plunger. An O-ring, which is attached to the plunger, engages the inner aspect of the anesthetic cartridge. It is the O-ring that provides aspiration of the anesthetic when the delivery is momentarily stopped by the dentist after the finger grip is activated a second time.
As I’ve grown more and more comfortable with the Dentapen, I have found its use to be intuitive. I have also found that I prefer holding the device as a pen and, therefore, employing that particular finger grip. Prior to administering the anesthetic, I will routinely activate the ramp-up button. For nerve blocks (either inferior alveolar or infraorbital), I will set the unit so that the anesthetic is delivered at a rate of 1 mL in 60 seconds (blue light). After topical anesthesia has been applied, the needle is passed through soft tissue in a traditional manner. At that point, the finger grip is activated and the CCLAD is advanced until it reaches its intended target, aspirating several times along the way. If an infiltration technique is employed over a wide area (for example in the posterior maxilla), I will routinely turn off the ramp-up feature after the initial injection has been administered, as subsequent injections are being delivered into an area that is already anesthetized.
Because I perform many dental procedures under rubber dams, I have found mastery of palatal anesthesia a must, and readily achieved by blocking the greater palatine nerve. Utilizing the Dentapen, this can be accomplished with the slowest setting (1 mL in 30 seconds) together with the ramp-up feature. Depositing a small volume (less than 0.1 mL) is usually enough to obtund any discomfort that would otherwise be associated with the placement of a rubber dam clamp.
Once the injection has been completed, the cartridge holder and needle are separated from the device, which facilitates removal of the empty cartridge. The reverse button should then be activated so that the plunger will be totally retracted back into the Dentapen.
Patient acceptance of the Dentapen has been outstanding. Although patients can hear the sound of the motor, they universally have had little perception of the actual injection once the initial penetration of the needle has taken place. With rare exception, it has replaced the use of a traditional dental syringe.
For more information, call Septodont toll-free at (800) 872-8305. 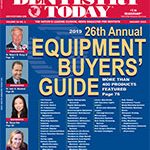 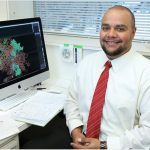