The award, which celebrates an individual who has made a significant positive impact on the oral health of Tennesseans, was given to Dr. Piercey in recognition of her stewardship of the state’s new 5-year, $94 million pilot program to expand access to dental care known as the Healthy Smiles Initiative.

Click here to view a video of the award presentation.

“Too often people treat oral health as a separate issue, and I have to remind them that your mouth is connected to the rest of your body,” said Dr. Phil Wenk, CEO of Delta Dental. “But Commissioner Piercey understood the importance and urgency of addressing our dental crisis in Tennessee from the start, and played a critical role in the development and ultimate approval of the Healthy Smiles Initiative. Generations of Tennesseans will benefit from her leadership, and I can’t think of a better or more deserving recipient of this award.”

At the request of Governor Bill Lee, Commissioner Piercey convened a group of dental industry stakeholders from across the state in early 2021 to develop recommendations to increase access to high-quality, affordable dental care for Tennesseans.

The workgroup, which included dentists, dental hygienists, the state’s two dental schools, TennCare, the Department of Health, payors, safety net clinics, and others, settled on a comprehensive set of proposals that became the Healthy Smiles Initiative.

The major components of the Healthy Smiles Initiative are an expansion of dental school class sizes, new and strengthened workforce recruitment and retention efforts, and increased safety net funding. Two existing, proven safety net programs will receive a significant boost: the Smile On 65+ program, which provides oral health care and case management services for older adults, and the prosthodontic grant program, which has to date helped provide more than 2,300 Tennesseans seen in safety-net clinics with low- or no-cost dentures.

One of those Tennesseans is Samantha, a 33-year-old single mom of three from Paris, Tennessee who received life-saving care at Interfaith Dental Clinic.

“Everything we do at the Department of Health goes back to our mission statement – to protect, promote, and improve the health and prosperity of people in Tennessee,” said Dr. Piercey. “The Healthy Smiles Initiative checks all of those boxes – even and especially prosperity – because if you don’t have a healthy smile, you may have trouble finding and keeping a job, certainly one that aligns with your skills and capabilities.”

“A lot of folks don’t recognize how access to dental care also impacts another critical issue in Tennessee: rural hospital sustainability,” Piercey added. “Without a dentist nearby, you end up with more folks in the emergency room with issues that could and should have been addressed by a dentist. And while the hospital has to – and wants to – care for anyone who walks into the ER, they’re getting reimbursed very little, if anything, for those services.”

Before her appointment by Governor Lee in January 2019, Dr. Piercey, a board-certified child abuse pediatrician, spent a decade working in health systems operations, most recently with West Tennessee Healthcare, a public, not-for-profit health system with more than 7,000 employees servicing 22 counties.

She has continued to see patients in her pediatric practice in Jackson, Tennessee, once a week throughout her service as Commissioner.

Piercey is the third recipient of the Smile Power Award.

The late State Representative Charles Sargent, a champion of oral health issues including the denture grant program, received the inaugural Smile Power Award in 2018. Former Tennessee Insurance Commissioner Julie Mix McPeak was honored in 2019 for her work in support of the creation of Dental Dental’s Smile180 Foundation.

The Smile180 Foundation has donated more than $21.5 million to Tennessee’s dental colleges, children’s hospitals, free and reduced-cost dental clinics, and other like-minded charities since its creation in 2015.

ABOUT DELTA DENTAL OF TENNESSEE 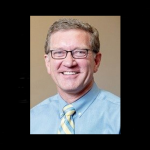 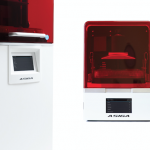