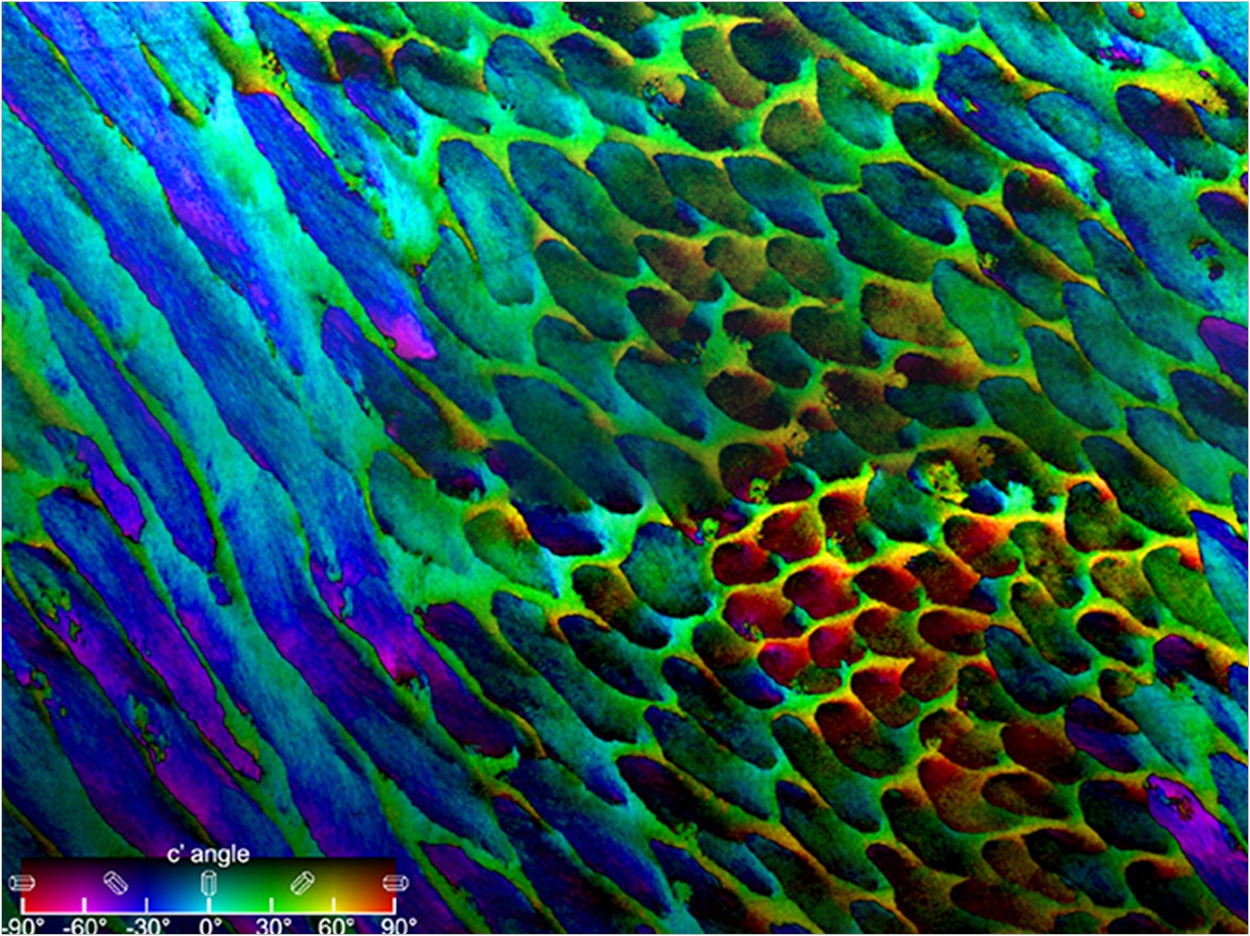 Slight crystal misorientations serve as a natural toughening mechanism in the nanoscale structure of human enamel, according to researchers at Advanced Light Source (ALS), a synchrotron facility at the Department of Energy’s Berkeley Lab. The results of their work help explain how enamel can last a lifetime and provide insight into strategies for designing similarly tough bio-inspired synthetic materials, the researchers said.

Human enamel is a hierarchical material composed of hydroxyapatite (HAP), a biomineral of calcium and phosphate that forms long, thin nanocrystals about 50 nm wide and many microns long. These nanocrystals are bundled together into rods about 5 microns in diameter, with the long axes of the nanocrystals aligned with that of the rods.

The parallel alignment of the nanocrystals in the rods is easy to see using scanning electron microscopy (SEM), so many experts had assumed that the alignment extended to the HAP crystals’ c axes, which is a well-defined direction in hexagonal HAP crystals. In fact, data about the c-axes’ orientations, obtained using linearly polarized x-rays, show that this is not the case.

In this work, the researchers studied the enamel from samples of third molars extracted from young adults. At ALS photoemission electron microscopy (PEEM) Beamline 11.0.1.1, variable linearly polarized light was used to create polarization-dependent imaging contrast (PIC) maps that use color to reveal variations in the orientations of the HAP crystals’ c axes.

While PIC mapping has been used extensively for carbonate biominerals, it has only recently started to be used for a calcium phosphate such as HAP. Extensive spectroscopy and theoretical modeling was done to understand the best source of dichroism contrast in HAP and its molecular-scale origins.

The resulting PIC maps showed that while the HAP nanocrystals are indeed morphologically parallel, the c axes of adjacent nanocrystals were most frequently misoriented by 1° to 30°, with an overall variation within each rod of 30° to 90°.

The slight misorientations serve as an effective natural crack-deflecting mechanism, confining damage to the nanoscale and preventing propagation to the micrometer and millimeter scales, protecting the enamel from catastrophic failure. The researchers said these insights into enamel at multiple scales are extremely important for understanding its function and for the development of bio-inspired materials with greater fracture resistance.

The study, “The Hidden Structure of Human Enamel,” was published by Nature Communications. 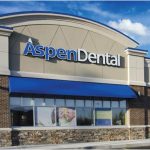 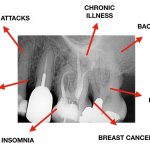