﻿INTRODUCTION
Patient expectations are increasingly including enhancements to their overall facial macroaesthetics as well as their dental microaesthetics.1 Treatment options to address these issues include the use of a paralyzing material such as Botulinum toxin type A (Botox). Indeed, cosmetic injection around the lips and perioral area is thought to be a way to provide aesthetic improvement of age changes around the mouth as well as lip augmentation.2 It has also been suggested that intramuscular injection of Botox is an effective way of preventing damage to dental hard tissues and restorations by deprogramming the muscles responsible for the destructive forces.3 But, despite the invasive nature of these procedures, injection of dermal fillers has also been deployed for facial soft-tissue augmentation.4 Unfortunately, there have been some adverse reports on injectable, nonbiodegradable fillers.5 Therefore, noninvasive, natural methods of craniofacial enhancement might be preferred.
This case study reports clinical changes that are consistent with increased craniofacial symmetry and volume.

CASE REPORT
Diagnosis and Treatment Planning
A 45-year-old female with no relevant medical history requested treatment for the improvement of her smile. On examination, it was found that the upper arch was narrow with a high palatal vault. Facial and intraoral photographs were taken as well as a 3-dimensional (3-D) cone beam computed tomography (CBCT) scan (which revealed no adverse findings).

Clinical Protocol
Vinyl polysiloxane impressions (Correct Quick [PENTRON]) were taken for study models, and a DNA appliance was fabricated. This device consisted of 6 (patented) 3-D axial springs for the anterior teeth, Adams clasps on the first molars, a midline jackscrew, a labial bow extending from cuspid to cuspid, and bilateral occlusal coverage (Figure 1).
Prior to insertion, the patient was instructed to wear the appliance late afternoon, every evening, and throughout the night while sleeping. Once or twice a week, the expansion screw was advanced by one quarter turn (0.25 mm), which is about one half the width of the periodontal space. The patient reported for clinical adjustments and observation every 3 to 4 weeks. Intraoral photographs were taken at each visit. After approximately 3 months, the patient was provided with a lower appliance of a similar design. The total active treatment time was approximately 12 months. At the end of active treatment, facial and intraoral photographs were taken, as well as a post-treatment 3-D CBCT scan. The CBCT scans were assessed for morphometric changes.

Results
Clinically, it was evident that changes occurred not only in the dental arch but also on the face (Figures 2a to 2d). These changes included an enhanced appearance of the eyes, increased symmetry of the upper lip and nose (Figure 2d), and reduction of the labiomarginal grooves on the right side of the face after treatment with the DNA appliance. Figures 3a and 3b demonstrate the widening of the upper arch, which was achieved without any reduction of tooth enamel. In addition, the lower arch increased in symmetry, and the alignment of the anterior teeth was significantly improved (Figures 4a and 4b).

DISCUSSION
This case report shows that craniofacial changes were achieved through the use of a nonsurgical, biomimetic, oral appliance, indicating that dentists may be able to alter craniofacial architecture using this novel protocol.
Biomimetics (or biomimicry) is the science of using natural designs or processes to resolve human problems. The idea of using dental appliances is not new; the first removable dental appliances go back to the 1880s. Kingsley6 reported on the treatment of oral deformities and irregularities using removable appliances. Similarly, Haupl et al7 employed appliance therapy, using intraoral devices. In fact, orthopedic correction of condylar hypoplasia using a functional appliance was reported,8 producing remarkable changes in craniofacial morphology in a patient diagnosed with hemifacial microsomia. In less severe cases, dental and orthodontic practitioners have been using functional appliances for many years with good results. Singh9 authored a more recent review of functional appliances.

The DNA appliance system has been used for correction in various types of malocclusion, using the concept of epigenetic orthodontics.10 For example, Class II malocclusions have been corrected in actively growing teenagers.11 For adults, other craniofacial issues have been addressed. In one young adult female, an extended history of migraine was resolved using the biomimetic approach adopted here.12 In other adult cases, a history of moderate obstructive sleep apnea was corrected.13-14 However, to date, there have been no reports in the dental or orthodontic literature regarding aesthetic response with the DNA appliance system.
This current report demonstrates that an oral appliance can also produce significant facial changes, with increased facial symmetry and upper airway volume, in the nongrowing adult. This notion is consistent with the spatial matrix hypothesis15 as sutures respond to functional stimuli.16 We can therefore hypothesize that altering the spatial relations in adult patients, not only children, may also produce craniofacial changes. Clinically, malocclusions often exhibit narrow maxillary and mandibular arches with crowded teeth, producing a narrow smile with dark, buccal corridors. This current case suggests that by remodeling the maxilla and mandible using a biomimetic appliance, dentists can widen the smile and recapture sufficient functional space to align teeth in adults. Simultaneously, this remodeling appears to induce a better anatomical relationship between the teeth and their surrounding structures, including the facial soft tissues and the upper airway. Currently, we are planning further studies based on a larger sample of adult patients to substantiate the preliminary findings reported here.

SUMMARY
This case report demonstrated the use of a novel, biomimetic, oral appliance (DNA appliance) that produced cosmetic facial enhancement, improved dental alignment, increased bone volume, and achieved upper aiway development without using any invasive procedures. Furthermore, this particular case demonstrated widening of the arch form and smile without reducing tooth structure. Indeed, 3-D analysis was undertaken, which localized the regions in which the changes were produced by the oral appliance to confirm the clinical findings.
It is concluded that this innovative protocol may be used in cosmetic dental practice as an alternative technique to surgery or other invasive procedures to enhance facial aesthetics and gain other beneficial functional changes.

Dr. Singh was born, educated, and trained in England. He is currently president of BioModeling Solutions, LLC. He is also director of continuing education for the SMILE Foundation; a senior instructor/consultant/Fellow for the International Association for Orthodontics; academic Fellow of the World Federation of Orthodontists; and member of the American Academy of Craniofacial Pain, the American Academy of Dental Sleep Medicine, and a charter member of the Appliance Therapy Practitioners’ Association. Previously, he was a visiting professor in orthodontics (Malaysia), associate professor at the University of Puerto Rico, and an adjunct professor at Portland State University. He has been published extensively in the orthodontic and dental literature, and is coauthor of a book entitled Epigenetic Orthodontics in Adults. Dr. Singh has lectured internationally in North America, Europe, Asia, and Australia. He can be reached at drsingh@drdavesingh.com.

Dr. Cress received his bachelor of arts degree from Austin College in Sherman, Tex. He completed his doctorate of dental surgery from the University of Texas Health Science Center, San Antonio dental branch, and his residency in dental sleep medicine at Tufts University School of Dental Medicine in Boston. He has recently completed his residency in craniofacial pain through the American Academy of Craniofacial Pain Institute. Dr. Cress is a member of the American Academy of Dental Sleep Medicine, American Academy of Craniofacial Pain, ADA, Texas Dental Association, AGD, and the Greater Houston Dental Society. He can be reached at sam@colonydental.com. 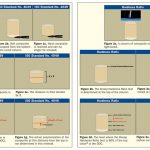 Next post The Truth About Depth of Cure
0 Shares

Why GPs Should Pursue Orthodontic Training

Accelerated Treatment in a Multidisciplinary Case