Combination of Genes May Impact Success of Implants

The condition of the tissue in the area around a dental implant affects the possible success or failure of the implant.

The risk factors have to be identified and limited as a result. There’s also a specific combination of genes that dictates the possibility of tissue destruction, which ultimately leads to implants not being as successful as they should.

This study appears in the current issue of the Journal of Oral Implantology.

Peri-implantitis, which can result from poor implants, is similar to periodontal disease. The research team wanted to correlate the specific genotypes they found with peri-implantitis and how the combination would impact treatment results.

To compile the data, the study broke the patients into two groups, all of whom had implants. One group of 25 had healthy tissue, while the other group of 25 had peri-implantitis.

The bottom line is the genes for some patients with inflamed periodontal tissues make them at higher risk for further issues. Gene polymorphism could impact the treatment for peri-implantitis in genotype-positive people and diminish the future success of the implants. 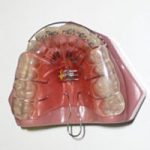 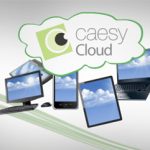