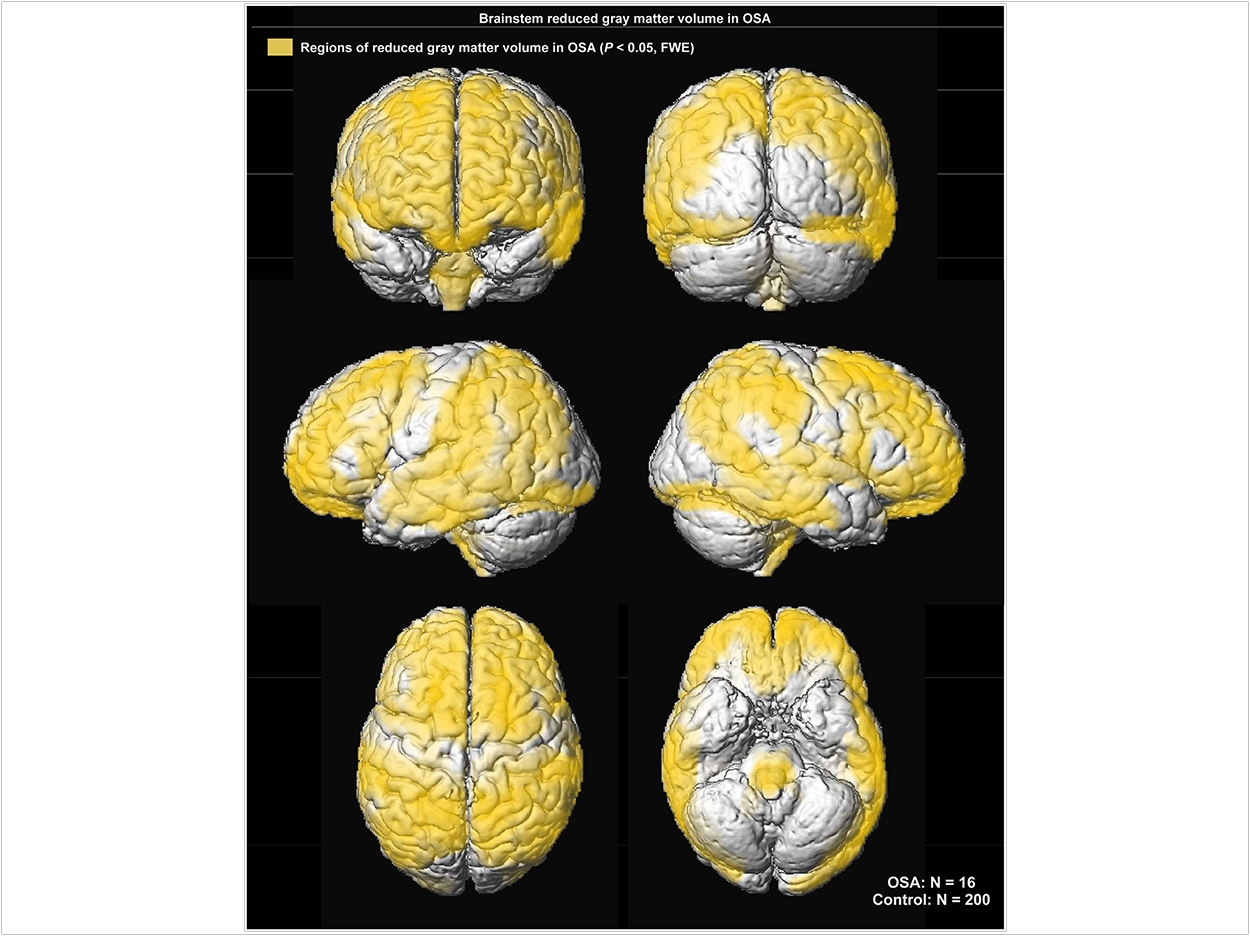 Children between the ages of 7 and 11 years with moderate or severe obstructive sleep apnea (OSA) showed significant reductions of gray matter—the brain cells involved in movement, memory, emotions, speech, perception, decision making, and self-control—in several regions of their brains in a recent study at the University of Chicago.

The results point to a strong connection between OSA, which affects up to 5% of all children, and the loss of neurons or delayed neuronal growth in the developing brain, according to the researchers. This extensive reduction of gray matter, the researchers added, provides another reason why parents of children with symptoms of OSA should consider early detection and therapy.

“The images of gray matter changes are striking,” said senior author Leila Kheirandish-Gozal, MD, director of pediatric sleep therapy at the university. “We do not yet have a precise guide to correlate loss of gray matter with specific cognitive deficits, but there is clear evidence of widespread neuronal damage or loss compared to the general population.”

The researchers recruited 16 children with OSA and evaluated their sleep patterns overnight in the university’s pediatric sleep laboratory. Also, the children went through neurocognitive testing and had their brains scanned with noninvasive MRI. Colleagues from the University of California at Los Angeles (UCLA) analyzed the images.

Next, the researchers compared those scans and the neurocognitive test results with MRI images from 9 healthy children of the same age, gender, ethnicity, and weight who did not have OSA. The researchers also compared the 16 children with OSA to 191 MRI scans of children who were part of an existing pediatric MRI database assembled by the National Institutes of Health.

The comparisons showed reductions in the volume of gray matter in multiple regions of the brains of children with OSA. These included the frontal cortices (which handle movement, problem solving, memory, language, judgement, and impulse control), prefrontal cortices (complex behaviors, planning, personality), parietal cortices (integrating sensory input), temporal lobe (hearing and selective listening), and brainstem (cardiovascular and respiratory functions). While these reductions were extensive, though, their direct consequences can be difficult to measure.

“MRI scans give us a bird’s eye view of the apnea-related difference in volume of various parts of the brain, but they don’t tell us, at the cellular level, what happened to the affected neurons or when,” said coauthor David Gozal, MD, professor of pediatrics at the University of Chicago.

“The scans don’t have the resolution to determine whether brain cells have shrunk or been lost completely,” Gozal said. “We can’t tell exactly when the damage occurred. But previous studies from our group showed that we can connect the severity of the disease with the extent of the cognitive deficits, when such deficits are detectable.”

The researchers are now planning collaborative studies with UCLA that will use state-of-the-art imaging approaches to answer the questions that the current study raises. They also note that without extensive tests of cognitive function prior to the onset of OSA, they can’t measure the effect of the loss of neurons.

“If you’re born with a high IQ, say 180, and you lose 8 to 10 points, which is about the extent of IQ loss that sleep apnea will induce on average, that may never become apparent,” said Gozal. “But if your IQ as a child was average, somewhere around 90 to 100, and you had sleep apnea that went untreated and lost 8 to 10 points, that could potentially place you one standard deviation below normal. No one wants that.”

Or, the researchers add, it may just be too soon to measure. The children in the study were between 7 and 11 years old, though the connections between greater gray matter volume and intelligence have been documented only in children with an average age of 15.4 years.

The exact nature of the gray matter reductions and their potential reversibility remain virtually unexplored, the researchers concluded. However, they added, since the altered regional gray matter likely is impacting brain functions, cognitive developmental potential may be at risk, prompting intense future research in that direction.

The study was published by Scientific Reports. 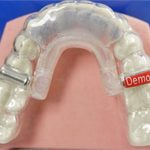 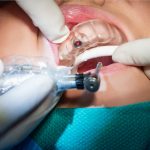