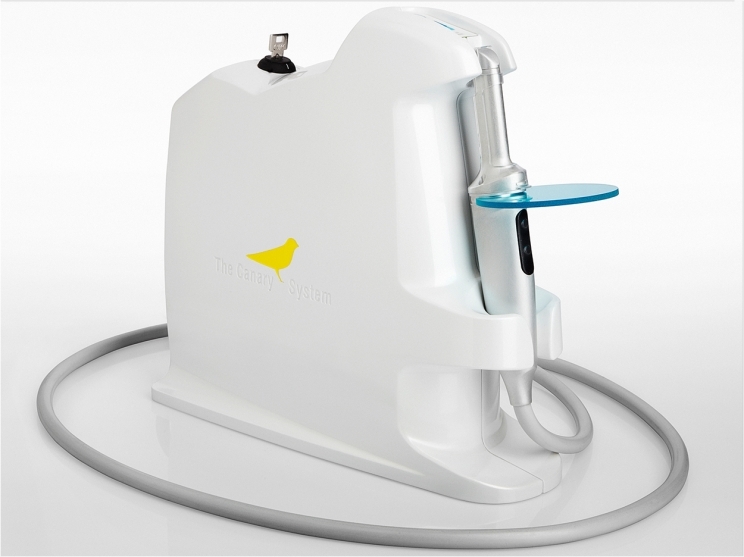 Stephen Abrams, DDS, and Andreas Mandelis, PhD, have been nominated for the 2019 Manning Innovation Award in recognition of their work in creating the Canary System, a laser-based device that can detect, measure, monitor, and record changes in a tooth.

Able to find small cavities and cracks before they are large enough to be seen on x-rays, the Canary System finds decay under old fillings and beneath sealants, braces, and crowns. It is more accurate than x-rays for detecting decay between teeth, according to its creators.

“Tooth decay initially starts beneath the tooth surface and may appear as a white spot. The Canary System can detect these early areas of decay and also measure how they change in response to various tooth decay preventive therapies,” said Abrams.

The Canary System’s camera enables patients to see the tooth surface, while its voice reports on the findings of each exam. Its examination results are designed to be easy to understand, unlike x-ray images, encouraging treatment acceptance and adherence to home management routines.

“The Canary System integrates technology developed by Dr. Mandelis into a clinical system that can diagnose, measure, and record tooth decay at the earliest stages of the disease process,” said Koneswaran Sivagurunathan, PhD, who oversees research and product development for the Canary System

“The core technology, PTR-LUM, involves shining a low-powered laser on a tooth and then measuring the heat and glow from the tooth. During a 5-second scan, over 520,000 measurements are taken, and the Canary Number is calculated from these measurements,” said Sivagurunathan.

“Our core technology has many applications,” said Mandelis, professor with the Department of Mechanical and Industrial Engineering at the University of Toronto and director of the Center for Advanced Diffusion-Wave and Photoacoustic Technologies. “In the Canary System, this technology is a very accurate tooth decay measurement system.”

Since 1982, the Ernest C. Manning Awards Foundation has been discovering, honoring, and rewarding Canadian innovators of all ages and across all sectors. 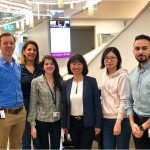 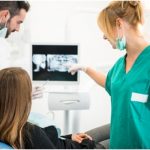