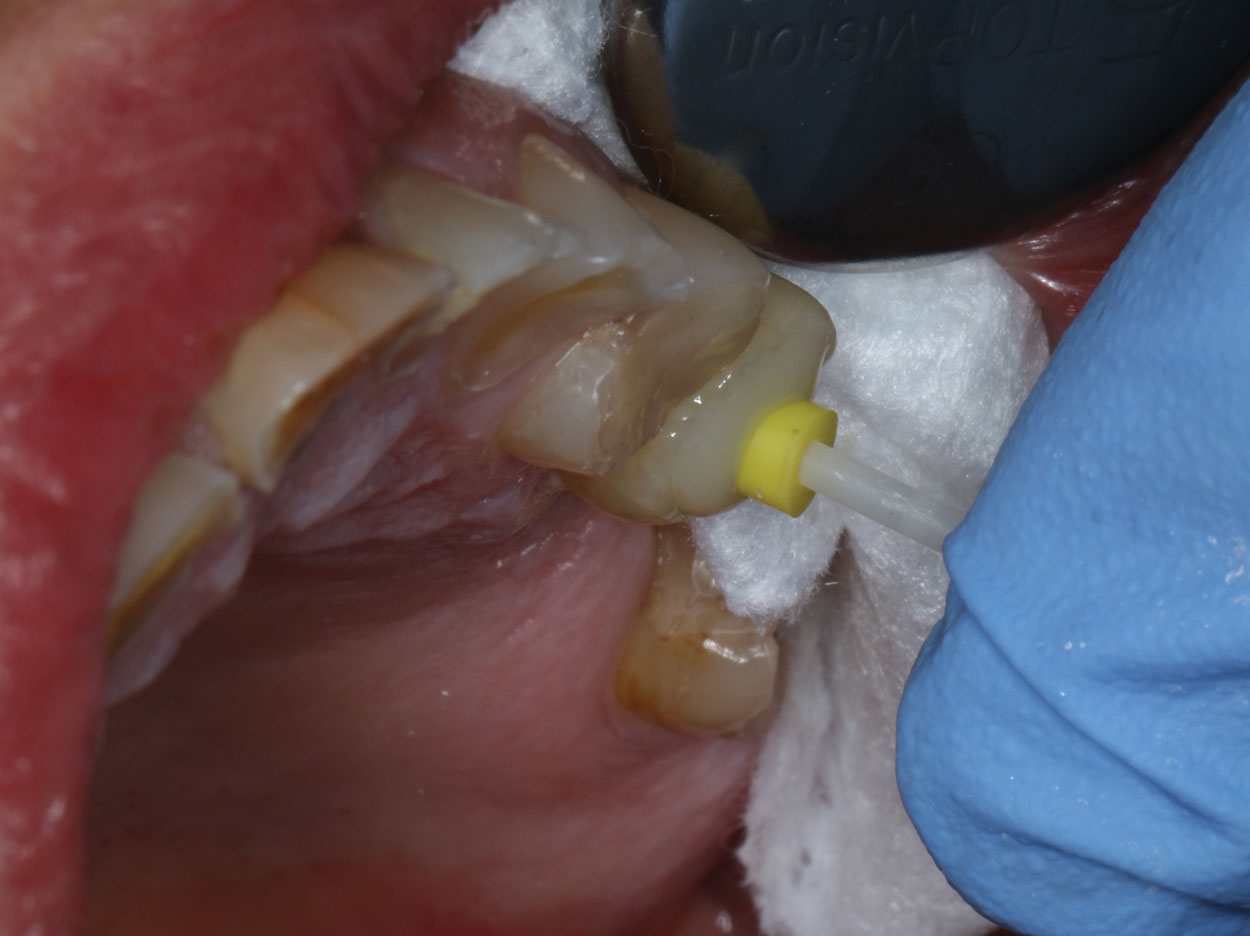 INTRODUCTION
Today’s core build-up materials have been part of the continuing evolution of dental material science. One such material is BISCO’s CORE-FLO DC LITE, a modern, dual-cure, composite core material possessing several clinically significant features that provide a predictable foundation for crown-and-bridge procedures. CORE-FLO DC LITE’s lower viscosity provides self-leveling of the surface, allowing it to conform to undercuts, around pins, and into post preparation spaces while minimizing voids. Also, CORE-FLO DC LITE sets incredibly hard, allowing for tactile feedback during preparation, and cutting it with diamonds is similar to cutting into highly filled composite resins.

BACKGROUND
A core buildup or post-and-core may improve the resistance and retention form of a tooth being considered for a crown or fixed partial bridge abutment. Once it has been determined that sufficient tooth structure exists to provide an appropriate ferrule, the use of pins and endodontic posts should be considered to provide additional mechanical support and force distribution.

TECHNIQUE
A 57-year-old Caucasian female with a history of bruxism and dental attrition required a post-and-core buildup for a previously endodontically treated tooth (No. 13), which was planned to be prepared as an abutment for a fixed partial denture. After removal of the temporary restoration, remaining carious dentin and any previous restorative material that would be replaced with the core material was removed. A post space was created in the palatal root, and the facial root was countersunk by approximately 2 mm for additional surface area (Figure 1).
After trial-fitting the endodontic post, BISCO’s UNIVERSAL PRIMER, a dual-cure, self-etching adhesive, was used to prepare the tooth and endo-dontic post according to manufacturer instructions. A CORE-FLO DC LITE cartridge was then bled twice—once, prior to connection of the mixing tip, and again through the end of the tip prior to application in the tooth (Figure 2). The first bleed ensures an equal amount of material enters the mixing tip; the second removes any air from the mixing tip and further ensures any initial material being used in the tooth is an optimal mixture.

The overhead light was directed so the tooth was not in the direct path of the light, then CORE-FLO DC LITE was introduced into the primed post space using the slender canal tip. It was continuously expressed as the mixing tip was being removed from the post space and the tooth, being careful to leave the tip within the material to minimize air bubbles (Figure 3). While CORE-FLO DC LITE was in its flowable state, the en-dodontic post was placed using a slight pumping and twisting motion to ensure maximal coverage of the post and to minimize air inclusions (Figure 4).
CORE-FLO DC LITE was allowed to self-cure until the surface was firm in order to minimize any potential of shrinkage at the tooth interface, then it was light-cured from the facial and palatal surfaces to allow for rapid preparation of the tooth. Excess post and material was then cut back, and the margins were inspected for significant voids (Figure 5). The final tooth preparation revealed excellent adaptation of CORE-FLO DC LITE to the remaining dentin walls (Figure 6).

SUMMARY
This case demonstrates how CORE-FLO DC LITE was used to provide a predictable restorative foundation to an endodontically treated tooth in a quick and efficient manner. And because the material cuts with some resistance, appropriate tactile feedback was helpful to advance the handpiece with confidence, reducing unintentional gouges in the preparation. 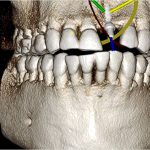 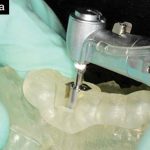