The American Academy of Periodontology (AAP) named Oded Bahat, BDS, MSD, the winner of its 2018 Master Clinician Award at a ceremony during its annual conference on October 27. The award recognizes AAP members who demonstrate consistent clinical excellence and who have continually shared their research with others in the specialty.

“Oded is, without question, one of the most innovative thinkers of our generation,” said Dennis P. Tarnow, DDS, clinical professor and director of implant education at Columbia University’s College of Dental Medicine.

Considered a pioneer in dental implantology, Bahat has championed his finding that, for many people, the jawbone continues to grow throughout their life. This research caused practitioners to change their approach to implant placement. Bahat also developed a protocol to account for craniofacial growth before placing implants that is now widely accepted.

“[Bahat’s] ideas and contributions regarding the growth and development of dentition with implant supported restorations have awakened all practitioners,” said Stuart J. Froum, DDS, past president of the AAP. 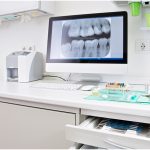 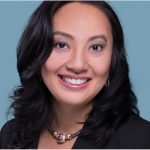