INTRODUCTION
Tori (or bony exostoses) can provide unique clinical challenges. The large protuberance of bony tissue on the lingual aspect of the mandible can interfere with the patient’s diet, speech, and overall life satisfaction—and removing these protuberances with traditional techniques can be a traumatic and difficult procedure.
Typically, these bony outcroppings should remain undisturbed,1 but there are occasions where excision becomes a clinical necessity. This usually requires referral to an oral surgeon for excision, who then turns to traditional methods that rely on invasive methods. The procedure is completed using high-speed burs, bone chisels, and other apparatuses that, while efficient and effective, can result in discomfort and trauma for the patient. As a result of these factors, most patients who present with mandibular tori postpone and even avoid clinical treatment.1
A more effective, atraumatic means of ablation and excision could result in patients embracing a treatment protocol. This could result in greater life satisfaction and other benefits associated with the removal of these meddlesome bony growths. The Erbium, Chromium doped Yttrium Scandium Gallium Garnet (Er,Cr:YSGG) all-tissue laser (BIOLASE Technology) has been shown to safely and effectively ablate the full spectrum of oral tissues—soft tissue,2 hard tissue,3 and bone.4,5 The intention of this clinical presentation is to demonstrate the Er,Cr:YSGG laser’s use in a clinical setting for the atraumatic and effective excision of severe mandibular lingual tori.

BRIEF HISTORY OF LASER USE IN DENTISTRY
Since the mid 1960s, researchers and dentists have investigated the use of lasers in dentistry, both for soft tissue and hard tissue. Certain lasers were cleared by the US Food and Drug Administration (FDA) for use on soft tissue as early as 1987, but because of the thermal nature of these soft-tissue lasers, and their absorption effects in enamel and dentin, they were deemed unsafe for use on any oral tissues other than gingiva. However, by 1997, a laser based on an erbium wavelength was cleared by the FDA for use on dentin and enamel. These types of lasers are referred to as “hard-tissue lasers.” Later, in 1998, a new laser wavelength emerged that proved effective in cutting both oral soft tissue and hard tissues such as enamel and dentin.
By 2002, this Er,Cr:YSGG “all-tissue” laser wavelength also gained approval from the FDA for use in ablating, resecting, and recontouring oral osseous tissues.6 This wavelength uses a combination of laser energy and water to cut hard tissue such as bone. As a result, the heat generated by other laser wavelengths is mitigated and there is little-to-no necrosis or tissue trauma.7 In addition, the Er,Cr:YSGG laser wavelength has a high affinity for seeking both the water and hydroxyapatite present in oral hard tissue. When these 2 elements absorb Er,Cr:YSGG laser, the molecules effectively expand and vaporize, causing an ablative effect in the target tissue.
This latest advancement in all-tissue laser dentistry provides an effective treatment option for removing bony growths such as tori exostosis.

CASE REPORT
Diagnosis and Treatment Planning
A 35-year-old male patient presented with a bilateral toris mandibularis—benign bony outgrowths projecting extensively from his mandible (Figure 1). The patient was in good health, taking no medications and having no known allergies. The layer of gingival tissue covering the bony outgrowths had thinned and was ulcerating during normal activity and eating. Healing of these ulcerated areas was slow and painful for him. The patient also complained of trapping food beneath the tori with the inability to remove it from the undercut areas.
The patient agreed to a treatment plan that utilized an Er,Cr:YSGG laser to excise the exostosis, contour the underlying bone, apply low-level amounts of laser energy to promote and stimulate bony healing, followed by traditional surgical suture. The Er,Cr:YSGG laser would be used in all steps of the tori removal, including the creation of a surgical flap, excision of the tissue, and in the postoperative steps.

Preincision Laser Conditioning
Prior to surgery, the operative site was first conditioned with low levels of laser energy. Using settings (Table) of 0.5 W, 0% air, 0% water, and 30 Hz, this “bathing” was accomplished by holding the Er,Cr:YSGG laser handpiece 3 to 4 mm from the tissue surface and moving it slowly, using a smooth motion around the surgical site. While this step of the procedure produced no visual effect on the surface of the tissue, the laser energy infused the site with photoacoustic energy, which activated and stimulated cellular tissue prior to actual ablation.8
Next, local anesthesia was administered, consisting of 3.6 cc of Scandonest, which contains 3% plain Septocaine (Septodont). A mandibular block and local infiltration were administered to create profound anesthesia.9

Creating a Full-Thickness Flap
After anesthesia was achieved, the Er,Cr:YSGG laser was set to 0.5 W, 0% air, 0% water, and 20 Hz to outline the surgical flap by blanching the soft tissue. This technique allowed the operator to visualize the placement of the incision prior to actual execution. Once the operator was satisfied with the proposed incision line, the laser settings were adjusted to a “soft-tissue incision” mode. Soft-tissue incision was adequately performed with settings of 1.5 W, 8% water, 12% air, and 30 Hz. Using these settings, a full-thickness flap was created by lightly touching the gingival tissue with the tip of the laser and slowly tracing the outline created in the previous step. Because of the Er,Cr:YSGG laser’s hemostatic effect,2 there was less blood in the surgical field than with traditional methods, which greatly improved visibility (Figure 2).

Excision and Removal of the Mandibular Tori
Using a periodontal elevator, the soft-tissue flap was reflected to expose a medium- to large-sized, 2-lobed, mandibular lingual tori. One of the main advantages of using an all-tissue laser device like an Er,Cr:YSGG laser is that it can precisely cut osseous tissue with minimal effect to surrounding structures. In addition, it exhibits no detrimental thermal transfer, charring, or damage to the bone at the margin.5
To begin the sectioning and removal of the tori with the laser device, the settings were adjusted to 4.0 W, 40% water, 20% air, and 20 Hz. The operator then followed the contours of the tori at the interface with the normal contour of the mandible with the tip of the laser handpiece in light contact with the surface of the tori, sectioning the osseous tissue. Once the bone was sectioned, the tori was gently removed using a periodontal elevator (Figure 3).
After the growth was removed, it was necessary to recontour and smooth the tissue bed. This was achieved by adjusting the settings of the laser to 3.0 W, 20% water, 20% air, and 30 Hz (Figure 4), and increasing the distance of the laser tip from the tissue to allow the clinician to gently ablate away any sharp osseous edges or angles.

The “Laser Bandage”
Once contouring of the osseous-tissue site was completed, the settings of the laser were adjusted to 0.5 W, 0% water, 0% air, and 30 Hz. The laser was used to trace the edges of the incision as well as to lightly “paint” the surface of the tissue bed to help promote healing7 and disinfecting prior to suture;10 a technique commonly referred to as a “laser bandage.” The tissue was then approximated and sutured using 4-0 surgical silk (Silk-black braided 4-0 [Henry Schein]).

Postoperative Care and Analysis
After the procedure, the surgical site exhibited no edema, minimal bleeding, and no other adverse effects from the laser surgery.
In the clinical case presented herein, the patient did report slight discomfort and was issued 2 tablets of 400 mg ibuprofen prior to departure. Postoperative instructions included: soft diet, salt water rinses, and a prescription of ibuprofen 800 mg (one tablet every 4 to 6 hours, not to exceed 4 in a 24-hour period). The patient was contacted the night of the surgery and reported mild discomfort, controlled by the ibuprofen, and no edema or other complications.
At the one-week post-op checkup, the sutures were removed. Healing was uneventful. The patient was checked again at 2 weeks, and the healing appeared clinically complete (Figure 4). The patient was very happy with the outcome and scheduled the opposite side for similar surgery.

CONCLUSION
Many more general dentists and specialists are now considering the use of dental lasers to improve the quality of care provided to their patients. The purpose of this article and case presentation was to demonstrate the versatility of the Er,Cr:YSGG laser in completing both soft-tissue and hard-tissue aspects of a typical surgical procedure. This versatility, when coupled with the longstanding clinical uses of the Er,Cr:YSGG laser for restorative, endodontic, periodontic and cosmetic procedures, reinforces the notion that an all-tissue laser can become an integral part of a dental practice.

Dr. Koceja graduated from Marquette University School of Dentistry in 1986 and is presently practicing in Camas, Wash. He has been actively involved in the use of lasers in dentistry since 1999, receiving his laser certification in 2000. He achieved mastership level in the World Clinical Laser Institute (WCLI). He is actively involved in the WCLI, including a position on the certification committee. He has also tested various models of lasers giving him true comparison of what lasers can and cannot do. He has trained hundreds of dentists in the use of dental laser technology. During the past 10 years, Dr Koceja has lectured internationally on lasers and the incorporation of lasers into all aspects of dental practice. He can be reached via e-mail at mkoceja@comcast.net.

Disclosure: Dr. Koceja performed beta testing for the Waterlase MD Er,Cr:YSGG all-tissue laser. He is also an instructor on numerous laser wavelengths for BIOLASE Technology and other laser firms. He received no financial compensation for this article. 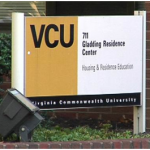 A Roadmap to Success in Managing Early to Severe Peri-implantitis

Why Lasers Have Not Captured Dentistry

Root Caries Treatment: Use of an All-Tissue Laser to Ensure Success