This article will describe a case in which a patient presented with discrepancies in her gingival contours and her medical history, as well as limitations due to “stump shade” that had a profound effect on the process and outcome of the restorations involved.

CASE REPORT
Diagnosis and Treatment Planning
The patient was a 46-year-old woman with an unremarkable medical history, except for having been diagnosed by an allergist many years previously as suffering from a hypersensitivity to gold. Her upper central incisors had been endodontically treated due to childhood trauma in which her left central incisor (tooth No. 9) had been partially avulsed with a resulting soft-tissue discrepancy as it related to her right central incisor (tooth No. 8). Both teeth had discolored significantly after that trauma, and the endodontic treatment had been done. Then, several attempts had been made at aesthetic fixes, from direct composites to indirect restorations, including the zirconia-based veneers that were currently still in place. The patient was unhappy with the veneers, stating she considered them to be unnatural looking. In addition, she was also concerned with the condition of their gingival framework.

The clinical examination revealed an otherwise healthy dentition with no notable occlusal problems or periodontal concerns beyond those at the upper central incisors. There was a major difference in gingival heights, with a cyanotic quality to the tissue that created a bluish tinge. Incipient caries was found at the gingival and palatal margins of both veneers, and their appearance was opaque and unaesthetic (Figure 1). “Sounding” at No. 8 showed there would be an insufficient biologic width2 for a mere gingival recontouring solution to the divergence in gingival levels.

Reflecting these considerations, the treatment plan called first for crown lengthening surgery (at No. 8), with the placement of laboratory fabricated provisional crowns during the healing period to aid in final soft-tissue configuration. The patient was referred to the periodontist and, after the perio­dontal consultation was completed, this phase of the treatment plan was confirmed in a follow-up phone conversation with the specialist.

The next determination would be what type of final restorations would be placed and what material would be used in their fabrication. Because of the aforementioned marginal decay that had been found, and the ability of the corresponding provisionals to influence gingival margin development,3 the placement of crowns was chosen as the treatment of choice for this case. The treatment plan was sequenced on the advice of the periodontist so that the laboratory fabricated provisional crowns (BioTemps [BioTemps Dental Laboratory]) would be placed 2 weeks after the crown lengthening was done, allowing for sufficient periodontal healing before this initial restorative procedure would be undertaken. The provisionals (Figure 2) would then be monitored and adjusted on a biweekly basis for 2 months in order to achieve the desired soft-tissue relationships once the healing was complete.

Several factors limited material selection for the definitive units in this case. The darkness of the underlying teeth necessitated a restoration that would mask them. Since the patient had been diagnosed as allergic to gold, this precluded the use of a PFM option. The marginal integrity of these restorations would be essential to maintaining the achieved soft-tissue results. The patient’s aesthetic expectations (intensified by a sibling rivalry that she had described in great detail) were also critical.

Based on these criteria, a decision was made to use a zirconia core restoration. Zirconia-based full-coverage restorations are very good at masking dark substructures, even though they may not offer the ultimate aesthetics of lithium disilicate or even some PFM crowns.4 While according to at least one report in the literature, the marginal integrity of all-ceramic restorations is not quite the equal of their PFM counterparts,5 zirconia-based restorations would appear to have an advantage in that regard.6

Clinical Protocol
A phone consultation with my dental laboratory liaison resulted in the choice of Zir-MAX (Burbank Dental Laboratory) as the material for the definitive crown cores in conjunction with the Elite porcelain layering technique (Arrowhead Dental Laboratory). After the final preparations and impressions (Examix [GC America]), what ensued was the try-in of a series of units that, while functionally accurate, did not meet the aesthetic expectations of either the patient or the clinician (Figures 3 to 5). Each of the 4 sets was used as the provisional thereafter, until each subsequent set came in. Whether it was a matter of hue, value, or incisal translucency, none of these sets were able to accomplish the particular combination of characteristics needed to produce the vital natural-looking result that was expected. Also, the marginal tissue appeared to suffer somewhat in the process (Figure 6).

At this point, as should have been done earlier, the patient was questioned more closely about how the diagnosis of gold allergy had been made. She reported that, in her teens, she had experienced a contact dermatitis when she wore gold earrings for the first time. The resultant consultation with an allergist, where a skin test was done with a sample of jeweler’s gold, yielded the same outcome upon which a hypersensitivity to gold was identified. Being skeptical of this diagnosis, because jeweler’s gold is defined (thefreedictionary.com) as being 25% percent copper, it was possible that a PFM restorative (such as Captek [Argen], the author’s preference for PFM restorations) could be used here after all. Captek, a composite metal that is not an alloy, contains no base elements of any kind (per a personal conversation with Nick Azzara [June 11, 2013] then serving as the president of the Captek division of the Argen Corporation). A Captek swatch was sent to our office by next-day service and supplied to the patient’s current allergist, and the skin test with that swatch revealed no hypersensitivity whatsoever. Armed with this fact, Captek crowns were then prescribed for the case as that material has been shown to promote gingival health7,8 and to exhibit a level of aesthetics that is comparable to any all-ceramic9 (both sub- and supragingivally).10 Furthermore, this material has been shown to be demonstrably superior to zirconia-based restorations as it relates to the appearance of aesthetic vitality.11

Upon seating the first set of Captek definitives, a material with which this author has had much shade matching success,12 both the patient and clinician were happy with the aesthetics created. The crowns were cemented to place (RelyX Luting [3M]) after a minimal occlusal adjustment on the restoration on tooth No. 8 (Figure 7). Two-week and 6-month follow-ups with this patient found her to be very satisfied with the aesthetics, and the gingival health was found to be excellent (Figures 8 to 11).

CLOSING COMMENTS
This case exposes the many issues that must be explored in cases with challenges in the aesthetic zone. These include how the soft-tissue architecture must be evaluated and treated (if necessary), the importance of the provisionalization phase, and issues around the selection of the definitive restorative material. As was made obvious in this clinical case example, having an accurate medical history is also a must. When all the dynamics of a case like this one are properly accounted for, a result can be realized that addresses the relevant soft- and hard-tissue challenges and, at the same time, gives the patient the “pink” and “white” aesthetic results that are expected within the context of an optimal outcome.

Acknowledgment
The author would like to thank Dr. Nomith Ramdev (Dover, NH) for his expertise in the periodontal surgery done for this patient, and Mr. Josh Gall and his talented team of dental technicians at BioTemps Dental Laboratory (Irvine, Calif). The author would also like to thank Mr. Ray LeGendre and his talented laboratory team at Arrowhead Dental Laboratory (Sandy, Utah) for the definitive ceramics.

Dr. McArdle graduated from Tufts University School of Dental Medicine in 1985 and has been practicing general dentistry on the New Hampshire seacoast ever since. He has served on the active medical staff in dentistry of Concord Hospital in Concord, NH, and on the board of directors of Priority Dental Health, the New Hampshire Dental Society’s Direct Reimbursement entity. He is a co-founder of the Seacoast Esthetic Dentistry Association (dentalesthetics.org), which is headquartered in Portsmouth, NH. He is the founder of Seacoast Dental Seminars (seacoastdentalseminars.com), also headquartered in Portsmouth. He has authored numerous other articles internationally in major peer-reviewed publications. He can be reached at (603) 430-1010, via email at either drmcardle@seacoastdentalseminars.com or seda@dentalesthetics.com, or mcardledmd.com. 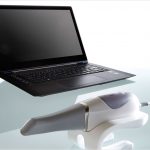 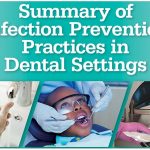