Advancing the Standard of Care With the LANAP Protocol

﻿INTRODUCTION
The specialty of periodontics has long relied on surgical intervention to achieve the goal of regeneration of the periodontal complex. Various surgical techniques and products have been developed throughout time to achieve this, including guided tissue regeneration/guided bone regeneration, natural and artificial bone grafting (autogenous, allografts, xenografts, hydroxyapatite, glass, etc) and growth factors (platelet-derived growth factor), among others. While these modalities have achieved their desired goals, they have relied on invasive techniques that increase postoperative morbidity and are not suitable for certain medically compromised individuals as well as the elderly.
With the advent of the Free Running Pulsed Nd:YAG PerioLase MVP-7 laser system and the FDA-cleared laser-assisted new attachment procedure (LANAP) protocol (Millennium Dental Technologies), we can not only achieve the goals of regeneration, but it can also be accomplished in a minimally invasive way. Furthermore, we can do this for a wider patient population and in a variety of cases previously thought to be untreatable, without incisions and suturing.
One mini case report will be presented, demonstrating the added benefit of the PerioLase MVP-7 in the handling of very difficult soft-tissue situations and the rapid tissue recovery that it allows.

Findings
A 47-year-old male was referred by his general practitoner (GP) with a chief complaint of “shifting of the lower front teeth.” Clinical findings included pocketing of 8 mm from the mesial facial line angle through the mesial lingual line angle of the mandibular right central incisor, with 5 mm of attachment loss and no recession. This was consistent with the radiographic appearance of a one-wall intrabony defect (Figure 1). Occlusal examination indicated an edge-to-edge bite, resulting in secondary occlusal trauma on the central incisor and contributing to a 2+ mobility.

Treatment Protocol and Results
A procedure was performed for the central incisor utilizing the PerioLase MVP-7 and the LANAP protocol under local anesthetic using lidocaine hydrochloride (HCL) 2% (1:100,000 epinephrine). Postoperatively, the patient was placed on penicillin VK 500 mg (No. 28, four times a day for one week) and a chlorhexidine rinse 0.12% (Periogard Rinse [Colgate]) (30 seconds, 2 times a day for 2 weeks).
Evaluations were performed initially at 2 weeks (visual only), at 3 months (radiographic only), and at 8 months (radiographic and clinical probing). Initial healing was excellent at 2 weeks with no recession and the presence of a healthy pink gingival condition. The radiographic evaluation at 3 months (Figure 2), showed an approximate 75% osseous fill of the defect. The final evaluation at 8 months (Figure 3) showed complete radiographic osseous fill of the defect with probing depths reduced to 2 mm at the previous diseased sites and no gingival recession, yielding a 5 mm gain in clinical attachment. Mobility dropped from 2+ to +.

CASE 2
Findings
A 63-year-old male was referred by his GP for removal of an existing 3-unit PFM bridge on the mandibular right. Also requested was the simultaneous extraction of the first molar, deemed by the GP as nonsalvageable due to a large endo-perio lesion stemming from failed endodontic therapy (Figure 4). The treatment was also to include concurrent bone grafting of the extraction site and the subsequent placement of 2 implants 6 months later.

Treatment Protocol and Results
After discussion of his options, a decision was made to attempt to save the tooth in order to avoid extensive and costly restorative treatment. This decision was made knowing and accepting that failure of the chosen procedure would necessitate implementation of the original treatment plan. This was to be done with the LANAP protocol only. No endodontic retreatment was planned.
Initial clinical probing was done to serve as a comparison with the eventual final results. The probing procedure confirmed a considerable amount of loss of bone in the jaw, well past the apices of the molar at the buccal and lingual furcations.
A procedure using the PerioLase MVP-7 and LANAP protocol was done under local anesthetic using lidocaine HCL 2% (1:100,000 epinephrine). Postoperatively, the patient was placed on penicillin VK 500 mg (No. 28, four times a day for one week) and a chlorhexidine rinse 0.12% (for 30 seconds, 2 times a day for 2 weeks).
Evaluation of the results was done at 3 months (radiographic only) (Figure 5) and 18 months (radiographic and clinical probing) (Figure 6). The radiographic evaluation at 3 months showed significant bony fill of both the apical and furcal areas of the molar. At 18 months (Figure 6), further consolidation of the apical and furcal areas was evident, with both the buccal and lingual furcation probing at just 6 mm.

Findings
A 45-year-old male was referred by his GP for periodontal treatment of his remaining mandibular teeth. These included the left second premolar through the right second premolar. Pocketing around these teeth ranged from 6 to 10 mm. The deepest pockets were associated with a lateral periodontal cyst on the mesial aspect of the mandibular right canine, corresponding to a large circumferential intrabony defect (Figure 7). Three-wall intrabony defects, along with associated 7 mm pocketing, were evident radiographically on the distal aspect of the mandibular left second and, less prominently, on the first premolar (Figure 8), corresponding with 4 mm of clinical attachment loss.

Treatment Protocol and Results
The LANAP protocol, using the PerioLase MVP-7, was employed to treat the 8 teeth under local anesthetic, lidocaine HCL 2% (1:100,000 epinephrine). Postoperatively, the patient was placed on penicillin VK 500 mg (No. 28 four times a day for one week) and chlorhexidine rinse 0.12% (30 seconds 2 times a day for 2 weeks). An initial visual evaluation was performed at 2 weeks postoperatively; followed by radiographic evaluation with clinical probing evaluation at 9 months, during one of the patient’s recall appointments. Complete fill of the 3-wall defects on the premolars was radiographically evident (Figure 9). Pocketing had been reduced from a preoperative measurement of 7 mm to 2 mm postoperatively, with a clinical attachment gain of 5 mm. The mandibular right canine also experienced significant fill of its osseous defect; pocketing had been reduced from up to 10 mm preoperatively to 4 to 6 mm postoperatively (Figure 10).

Findings
A 19-year-old female presented to our office without a referral. She reported that she had experienced “bleeding from her gums” since the previous night following a dental hygiene appointment at another office. Clinical evaluation revealed torn gingiva around the mandibular anterior sextant with a liver clot present on the lingual aspect of the teeth (Figures 11 and 12). We found 3 mm of root recession on the facial aspect of the right central incisor, caused by a frenum pull. The papillae had been traumatized to the point that they were lost, leading to a compromised aesthetic situation that could not be overcome with treatment.

Treatment Protocol and Results
Restoration of the patient’s gingival health and soft-tissue architecture was imperative as was the need to minimize any further loss through treatment. A connective tissue graft was planned following adequate healing for root coverage on the central incisor and for the elimination of the frenum pull. The PerioLase MVP-7 was utilized in conjunction with careful scaling/root planing to restore the health and architecture of the gingiva. This was accomplished under local anesthetic with lidocaine HCL 2% (1:100,000 epinepherine). The immediate postoperative photos (Figures 13 and 14) show how the technique was able to accomplish this. At the 2-week evaluation, complete gingival health had been achieved (Figures 15 and 16). Removal of any residual calculus was easily accomplished at this point. (The patient did not return for the graft.)

CLOSING COMMENTS
The PerioLase MVP-7 system and LANAP protocol have created a paradigm shift in the way we should be viewing our cases and treating our patients. Rather than subject individuals to more invasive procedures (at times requiring the introduction of foreign substances), we can provide a much less invasive service yielding exceptional results. We can do this by utilizing the patient’s own cells to regenerate periodontal defects, thus salvaging cases that would have never before been considered as candidates for intervention. This results in negligible or no recovery time, allowing for patients to quickly return to their normal activities (work, etc). In addition, this treatment protocol also increases the likelihood of patient acceptance by eliminating the “fear factor.”
As practitioners, we can now provide an extremely valuable service for those who would otherwise not seek care and continue to languish with untreated conditions negatively impacting both their comfort and overall health.

Dr. Mangot received his doctor of dental medicine degree in 1987 and his certificate in periodontics in 1990 from the University of Medicine and Dentistry of New Jersey, New Jersey Dental School. He is a Diplomate of the American Board of Periodontology. He has maintained a private practice limited to periodontics and implants in Clifton, NJ, for the past 22 years. He was formally trained in the LANAP protocol and the PerioLase MVP-7 at the headquarters of Millennium Dental Technologies, Inc, in Cerritos, Calif, and is a contributor to their newsletter. He can be reached at healthygumsnj@gmail.com. 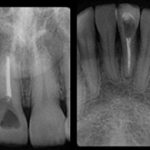