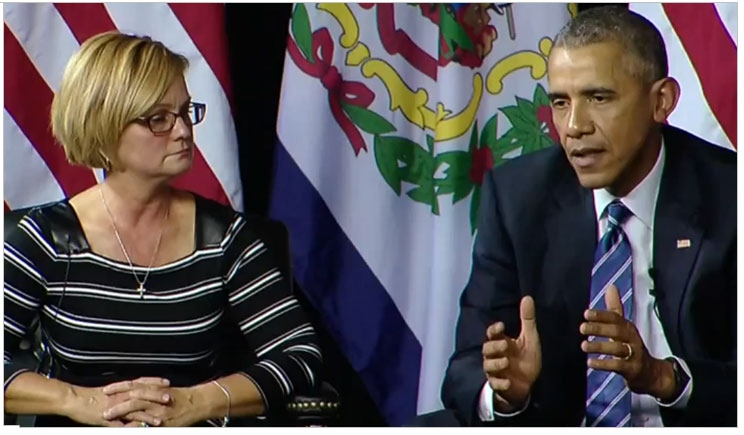 President Obama launched an initiative to combat rising rates of opioid and other drug addictions during an appearance in Charleston, WV, on October 21. In a memorandum to federal departments and agencies, he mandated opioid prescription training to government healthcare providers as well as a review of barriers to medication-assisted treatment of opioid use disorders.

“In 2013 alone, overdoses from prescription pain medications killed more than 16,000 Americans. One year. I don’t have to tell you this is a terrible toll,” Obama said. “The numbers are big, but behind these numbers is incredible pain for families.”

Companies such as CBS, ABC, the New York Times, Google, the National Basketball Association, and Major League Baseball will donate millions of dollars in media space for public service announcements about the risks of prescription drug abuse. The President also announced commitments by more than 40 provider groups to train more than 540,000 personnel in prescribing opioids.

The ADA is among these groups supporting the initiative. In a letter to Obama, ADA president Dr. Maxine Feinberg and ADA executive director Dr. Kathleen O’Loughlin pledged the organization’s support in raising awareness about the problems associated with opioid abuse and in continuing to share actions that dentists can take to help.

“Opioid pain medications, such as hydrocodone and oxycodone, have become a leading source of drug abuse among teens and young adults,” said Feinberg. “As prescribers of these painkilling medications, dentists have a role to play in preventing their diversion, misuse, and abuse.”

“Addiction is not new. But since 1999, sales of powerful prescription pain medications have skyrocketed by 300%. In 2012, 259 million prescriptions were written for these drugs, which is enough to give every American adult their own bottle of pills,” Obama said. “And as their use has increased, so has their misuse.”

According to a report by representatives of the Centers for Disease Control and the Food and Drug Administration. The number of opioid prescriptions from dentists actually has dropped by 5.7% from 2007 to 2012. The report also notes that overall opioid prescription rates increased from 2007 to 2010 but generally leveled off as dentistry and many other specialties, but not all of them, began reducing their use.

The ADA is a member of the American Medical Association Task Force to Reduce Opioid Abuse, which comprises 27 physician organizations, 17 specialty groups, and 7 medical societies. As a member, the ADA has pledged to increase the number of dentists who complete continuing education (CE) webinars on responsible opioid prescribing by 25%.

Available in early 2016, these free CE courses will cover the latest techniques for recognizing when a patient may be seeking opioids for nonmedical purposes and how to briefly counsel and refer them for appropriate substance abuse treatment. These courses will be open to members and nonmembers alike.

Meanwhile, the American Medical Association Task Force to Reduce Opioid Abuse has set 5 goals: to increase physicians’ registration and use of effective prescription drug monitoring programs; to enhance education about effective, evidence-based prescribing; to reduce the stigma of pain and promote assessment and treatment; to reduce the sigma of substance use disorder and enhance access to treatment; and to expand access to naloxone, which can reverse opioid overdoses.

According to the White House, 120 Americans die each day from drug overdoses, with most involving legal prescription drugs. Fewer Americans die from car crashes each day. Also, 4 out of 5 heroin addictions started by misuse of prescription opioids, as heroin-related deaths nearly quadrupled between 2002 and 2013.

Enforcement is still part of the equation. The Department of Justice (DOJ), for example, awarded $6 million in funds this month to support investigations of illegal heroin and prescription opioid trafficking and distribution. The DOJ also has ramped up efforts to stop doctor shopping, “pill mills,” and Internet sales.

“For a long time, treatment was seen as a second class citizen to interdiction and arrest and incarceration, and that mindset needs to change,” Obama said. “The good news is we’re seeing that mindset changing, and it is on a bipartisan basis, which I think is really interesting.” 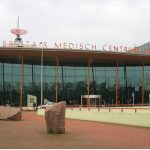 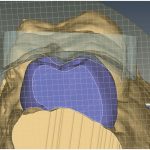